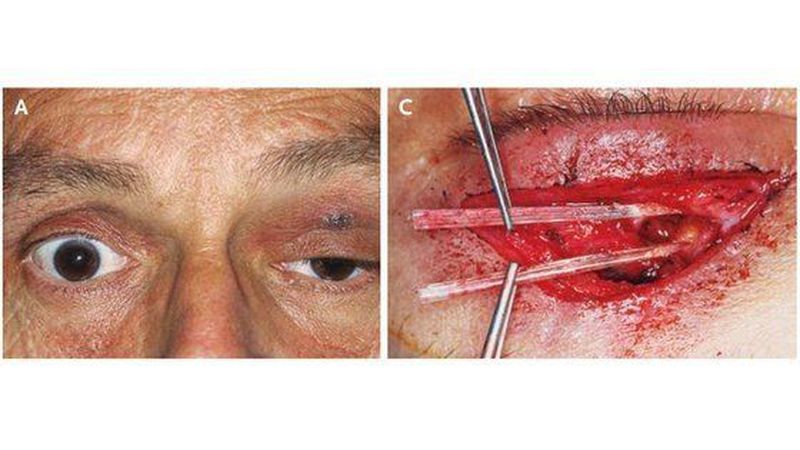 Fish bone in the eyeball

The 52-year-old tourist was swimming in the Red Seawhen he collided with a school of fish. Not long after the incident, the man developed a swollen and droopy eyelid that wouldn't heal. A doctor's visit revealed he had an area of inflammation called a granuloma on his eyelid, and the patient underwent surgery to correct the issue. But a granuloma wasn't the only thing that doctors removed from the erstwhile swimmer's eyeball during the surgery. "Two tubular structures" were also removed from the man's eyelid, according to a report published in the New England Journal of Medicine in September A biologist was called in to examine these strange specimens, which turned out to be the jawbones of a halfbeak, a fish that dwells in shallow coastal waters. The fish bones had immobilized the muscles controlling the man's eyelid, causing it to droop. But the droopy-eyed swimmer recovered shortly after his surgery.