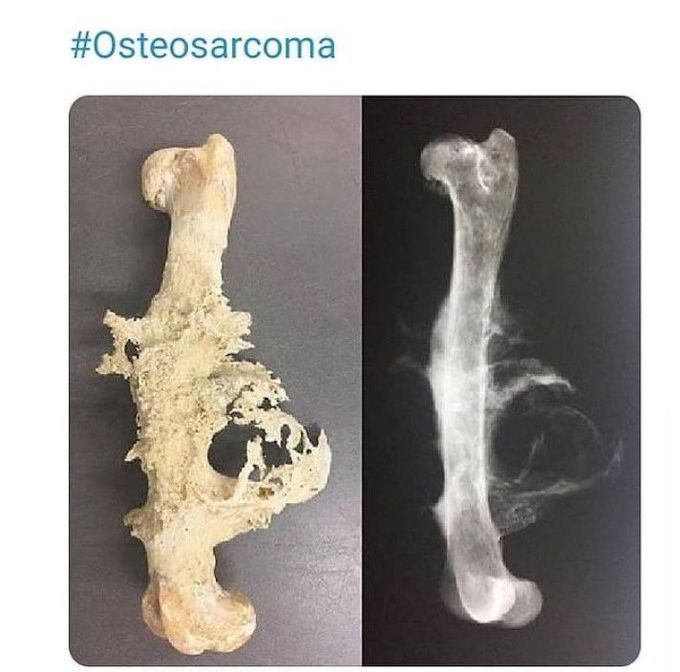 Osteosarcoma is a type of bone cancer that begins in the cells that form bones. Osteosarcoma is most often found in the long bones — more often the legs, but sometimes the arms — but it can start in any bone. In very rare instances, it occurs in soft tissue outside the bone. What causes osteosarcoma? The exact cause of osteosarcoma is not known, but it is believed to be due to DNA mutations inside bone cells—either inherited or acquired after birth. The most common symptoms of osteosarcoma include: Bone pain or tenderness. A mass or lump (tumor) that is warm and might be felt through your skin. Swelling and redness at the site of your tumor.