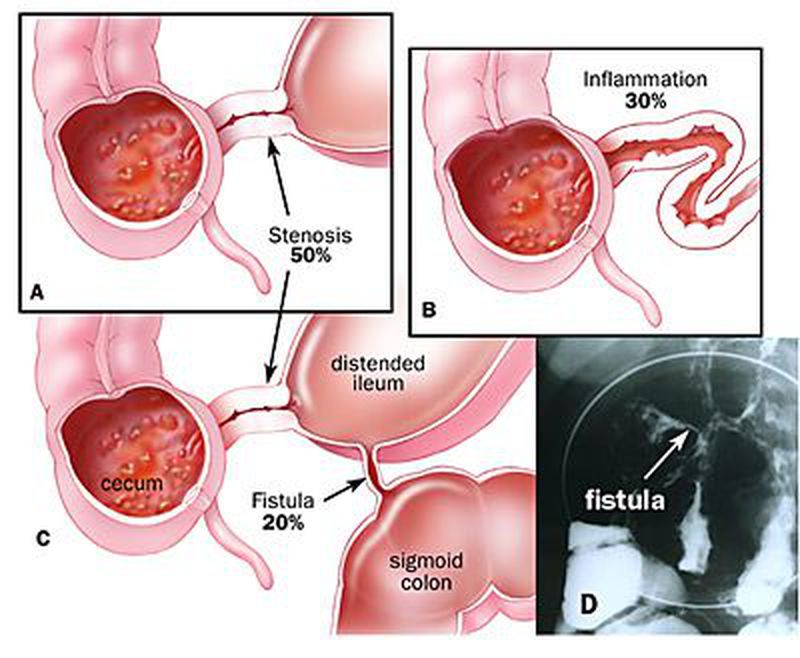 Crohn's disease often begins in a person's teens or twenties, though some patients experience symptoms even earlier. Most common symptoms include: Abdominal cramps Diarrhea Delayed growth (in younger children), which often occurs before gastrointestinal symptoms begin Weight loss Fever Anemia There are different types of Crohn's disease, depending on which part of the gastrointestinal tract is affected. Each subtype of the disease has its own specific symptoms. Patients sometimes experience non-intestinal symptoms that are more problematic than the bowel problems. These include: Colitic arthritis, an arthritis that migrates along the body and affects knees, ankles, hips, wrists and elbows Pericholangitis, inflammation of the tissues around the bile ducts Kidney stones Urinary tract complications Fistulas