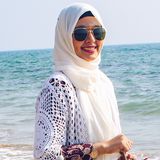 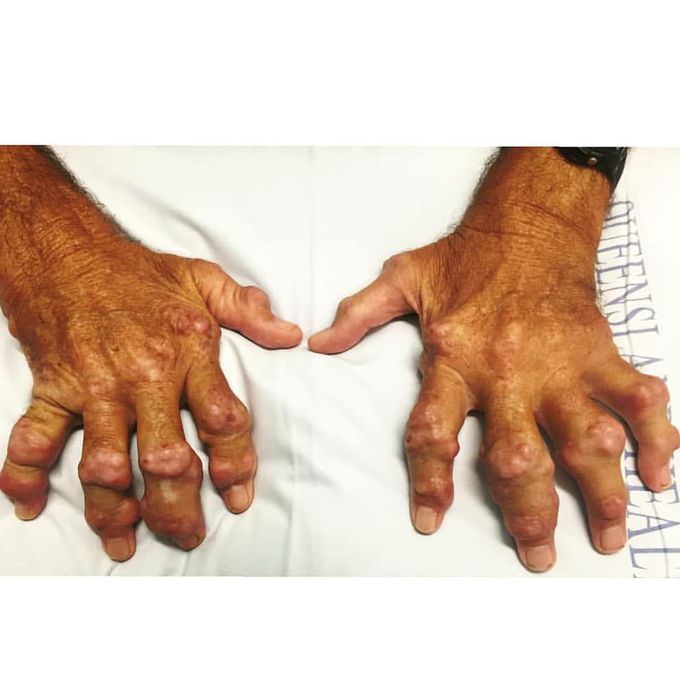 This is the case of a patient with Gouty arthritis. Numerous large tophi with associated joint deformity are clearly appreciated in both hands of this patient. •Gout is a form of inflammatory arthritis  characterized by recurrent attacks of a red, tender, hot, and swollen joints, where crystals in the form of monosodium urate form inside and around joints (called tophi). -The most known hallmark of the disease is hyperuricemia, but by itself it does not indicate gout. Hyperuricemia means an increased production of uric acid due either a defect or hyperactivity in an enzyme, HGPRT (Hypoxanthine Guanine Phosphoribosyl Transferase) years.