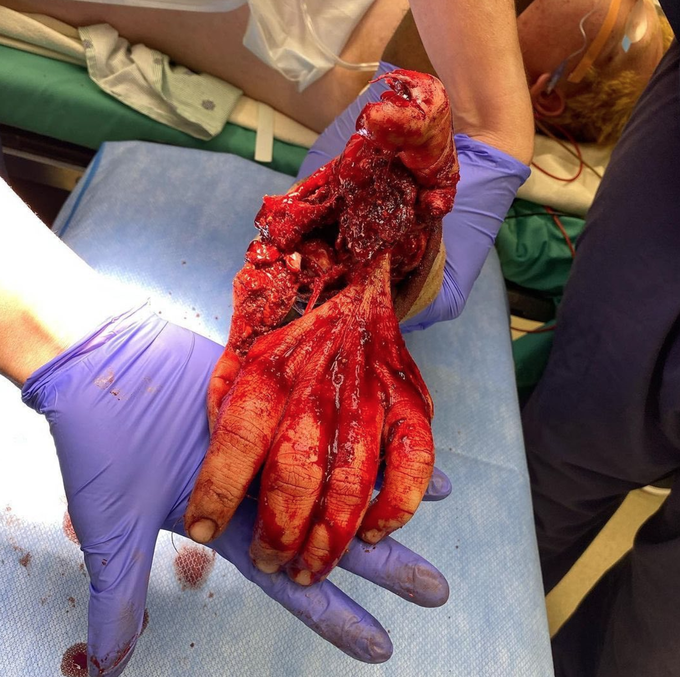 Patient lost his hand in a side by side ATV accident (atv ranger) and has not let it slow him down from being in the outdoors and doing what he loves most: fishing. Traumatic amputation refers to the way in which the amputation has occurred i.e. it is a sudden, violent and unexpected event that causes the loss of a person’s limbs. It is typically the result of high energy traumas with a combination of crushing, traction and bending forces. The skin is often peeled, with wide loss of substance caused by avulsion or ischemia. The fascial compartments are often partially opened because of explosion or laceration and the muscular tissues are locally and regionally damaged by direct and indirect lesions. The decision to amputate or save the severely lesioned lower limb is difficult. Quantifying the severity of the trauma to decide to amputate or save a limb can be achieved by the score systems of lower limbs, the Mangled Extremity Severity Score (MESS), where age, shock, contamination level and treatment time are some of the deciding factors. In traumatic amputations where a limb cannot be re-attached, the injured person—or amputee—will most likely undergo surgery to shape the bone in the remaining limb, to clean the wound (debridement), and to close it. This may involve skin grafts, and could require more than one surgical procedure. Wow, interesting yet surprising to see it in the picture. Can anyone help me out and tell me what ATV means? Not and native English speaker

ATV stands for All Terrain Vehicle.