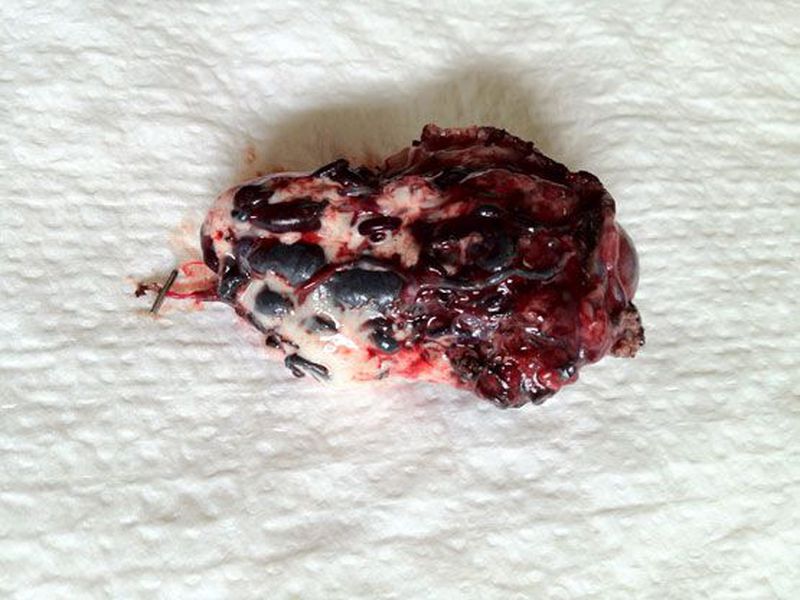 A brain arteriovenous malformation (AVM) is a tangle of abnormal blood vessels connecting arteries and veins in the brain. The arteries are responsible for taking oxygen-rich blood from the heart to the brain. Veins carry the oxygen-depleted blood back to the lungs and heart. A brain AVM disrupts this vital process. An arteriovenous malformation can develop anywhere in your body but occurs most often in the brain or spine. Even so, brain AVMs are rare and affect less than 1 percent of the population. The cause of AVMs is not clear. Most people are born with them, but they can occasionally form later in life. They are rarely passed down among families genetically. Some people with brain AVMs experience signs and symptoms, such as headache or seizures. AVMs are commonly found after a brain scan for another health issue or after the blood vessels rupture and cause bleeding in the brain (hemorrhage). Once diagnosed, a brain AVM can often be treated successfully to prevent complications, such as brain damage or stroke.