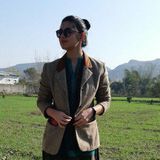 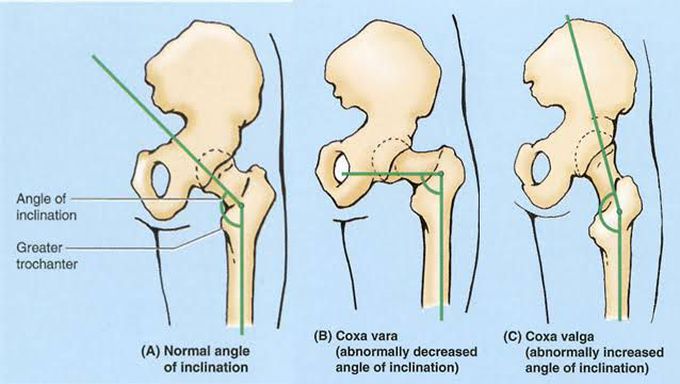 Angle of inclination is an obtuse angle between the long axes of femoral neck and femoral shaft averaging 126° (ranging from 115°-140°). It is less in females because of increased width of pelvis and increased distance between the acetabula. This angle of inclination allows greater mobility of the femur at hip joint because it places the femoral head and neck more perpendicular to the acetabulum. This is also advantageous for bipedal walking. A pathological change in this angle can result in either its reduction (coxa vara) or its increment (coxa valga). Vara is a latin word which describes any bone or joint that is deformed in such a way that its distal element is deviated towards midline. The term valga is used when the distal element deviates away from the midline. Reduced angle of inclination or coxa vara causes mild shortening of the lower limb and limits passive abduction of the hip. Image via: https://images.app.goo.gl/KYNEc3AYPY8henvP9