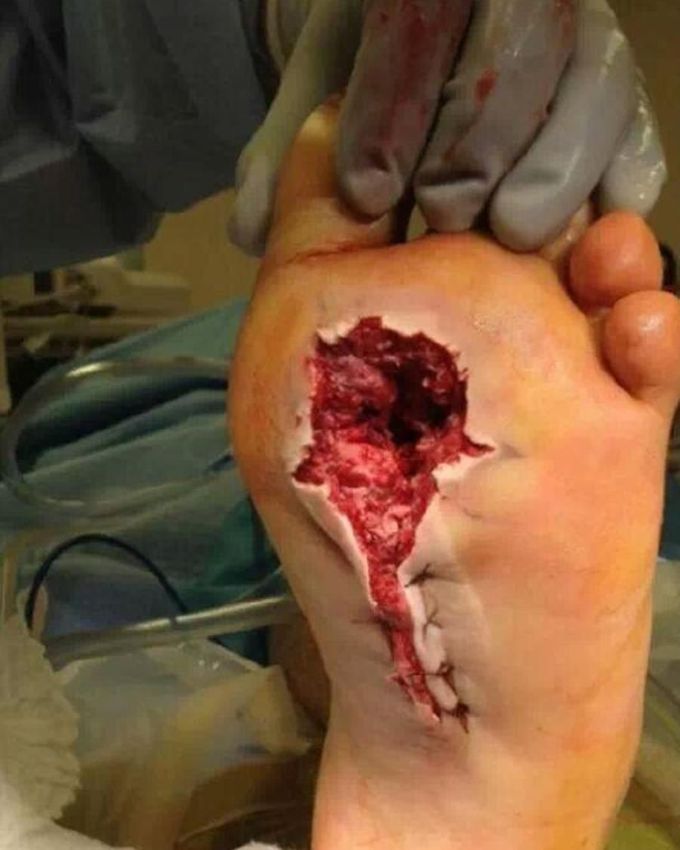 Accidental self inflicted gun shot wound through the foot.

There are many different types of bullets but the most common type is composed of a lead core with some type of casing. On striking, the projectile element may travel at speeds of up to 1,500 metres/second, dependent on the ammunition and type of gun. The most important factors in causing significant injury or death are their placement and projectile path. The head and torso are the most vulnerable areas, with incapacitation due to CNS disruption or massive organ destruction and haemorrhage. The extent of tissue and organ trauma will depend on terminal ballistics, which are influenced by the type of bullet, its velocity and mass as well as the physical characteristics of the penetrated tissue.