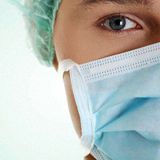 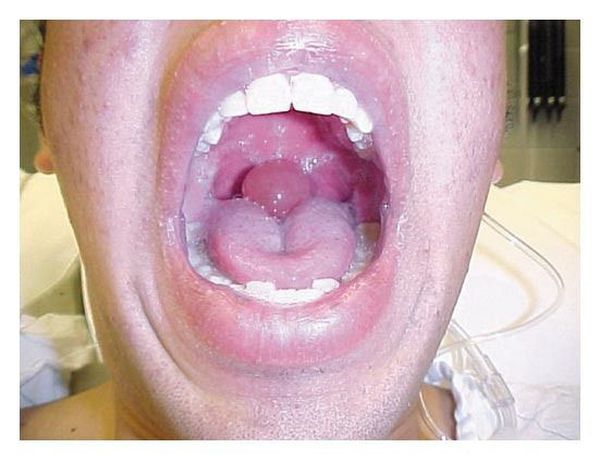 A 19-year-old man without a history of asthma or allergies presented to the emergency department with difficulty in breathing. He had snorted and smoked cocaine three hours before presentation, after which tightness of the throat developed, along with throat pain and difficulty in swallowing. On examination, the patient was drooling and spoke with a muffled voice. On admission, his vital signs revealed mild tachycardia and tachypnea, without hypoxemia on pulse oximetry. His uvula was markedly edematous (2 cm in diameter) without erythema. There was no stridor or wheeze. The symptoms improved over a period of five hours after treatment with epinephrine, antihistamines, and corticosteroids. Uvular angioedema, or Quincke's disease, was diagnosed and was believed to have resulted either from allergy to cocaine or from direct thermal injury. Andrew Kestler, M.D. Linda Keyes, M.D. University of Colorado Health Sciences Center, Denver, CO 80262 source: nejm.org