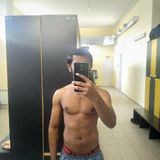 Epilepsy is a common and diverse set of chronic neurological disorders characterized by seizures Some definitions of epilepsy require that seizures be recurrent and unprovoked, but others require only a single seizure combined with brain alterations which increase the chance of future seizures. In many cases a cause cannot be identified; however, factors that are associated include brain trauma, strokes, brain cancer, and drug and alcohol misuse among others.. Epileptic seizures result from abnormal, excessive or hypersynchronous neuronal activity in the brain. The diagnosis of epilepsy usually requires that the seizures occur spontaneously. Nevertheless, certain epilepsy syndromes require particular precipitants or triggers for seizures to occur. These are termed reflex epilepsy. For example, patients with primary reading epilepsy have seizures triggered by reading. Photosensitive epilepsy can be limited to seizures triggered by flashing lights. Other precipitants can trigger an epileptic seizure in patients who otherwise would be susceptible to spontaneous seizures. For example, children with childhood absence epilepsy may be susceptible to hyperventilation. In fact, flashing lights and hyperventilation are activating procedures used in clinical EEG to help trigger seizures to aid diagnosis. Finally, other precipitants can facilitate, rather than obligately trigger, seizures in susceptible individuals. Emotional stress, sleep deprivation, sleep itself, heat stress, alcohol and febrile illness are examples of precipitants cited by patients with epilepsy. Notably, the influence of various precipitants varies with the epilepsy syndrome. Likewise, the menstrual cycle in women with epilepsy can influence patterns of seizure recurrence. Catamenial epilepsy is the term denoting seizures linked to the menstrual cycle.