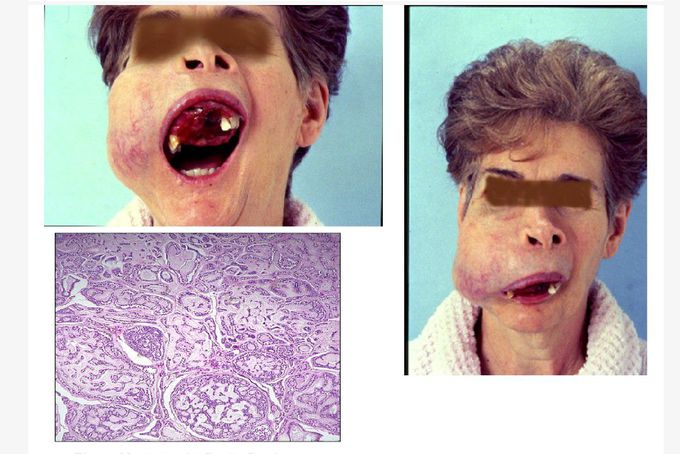 Adenoid cystic carcinoma (ACC) is a relatively rare form of cancer that most commonly develops in the salivary glands or other regions of the head and neck. ACC can occur in other parts of the body, such as the breast, skin, cervix in females, prostate gland in males, and various other areas. It is the third-most common malignant salivary gland tumor overall (after mucoepidermoid carcinoma and polymorphous adenocarcinoma). It represents 28% of malignant submandibular gland tumors, making it the single most common malignant salivary gland tumor in this region. Patients may survive for years with metastases because this tumor is generally well-differentiated and slow growing. In a 1999 study of a cohort of 160 ACC patients, disease-specific survival was 89% at 5 years, but only 40% at 15 years,[citation needed] reflecting deaths from late-occurring metastatic disease.