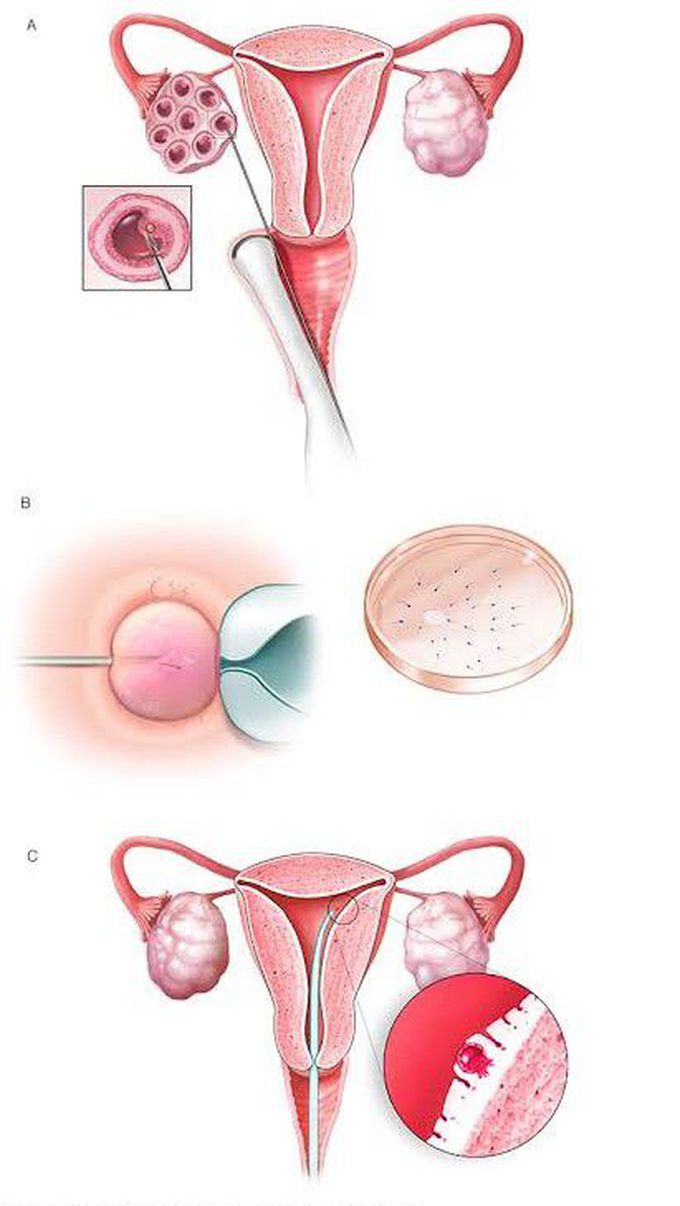 In vitro fertilization (IVF), also called test-tube conception, medical procedure in which mature egg cells are removed from a woman, fertilized with male sperm outside the body, and inserted into the uterus of the same or another woman for normal gestation. Although IVF with reimplantation of fertilized eggs (ova) has long been widely used in animal breeding, the first successful birth of a human child from IVF, carried out by British gynecologist Patrick Steptoe and British medical researcher Robert Edwards, did not take place until 1978.