LoginSign up
Sign in
ND
Noelle Douglas11 months ago

What is the prevalence of enteroviruses in the US? 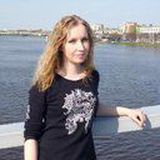 Prevalence of Enterovirus in USA • Every year, enteroviruses produce 10-20 million symptomatic infections in regions of USA where low socioeconomic status, poor hygiene and crowding are observed. • The prevalence of AHC is higher in South America. Its first case was reported from Florida in 1981 during a pandemic. • Echovirus 9 and 30 were the most commonly reported enterovirus between 2002 to 2004. • Echovirus 1, coxsackievirus B6, and enteroviruses 68 and 69 are rarely reported. • Enterovirus D68 was once a rare enterovirus. Today, it is a common cause of severe respiratory illnesses. • Aseptic meningitis was reported in 1989, 1992, 2001 and 2003. Now, it is not a notifiable disease in the USA.