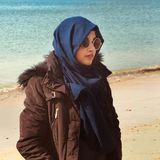 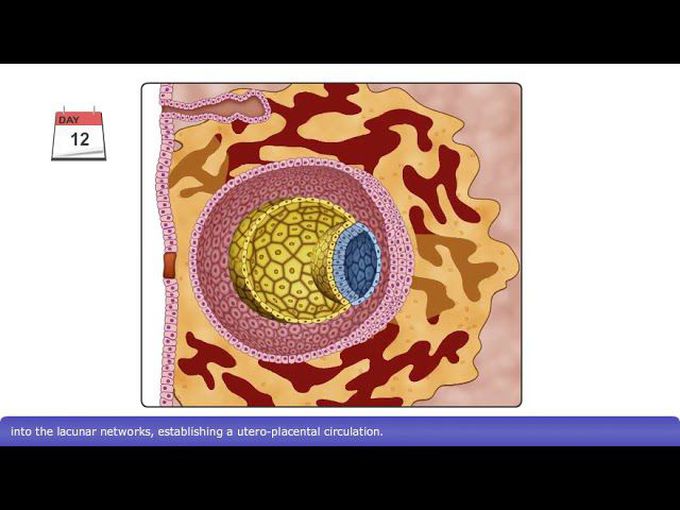 Embryological development begins with fertilization, the joining of a male and female gamete during sexual reproduction, to produce a single cell containing a unique set of genetic information. The combination of genes produced by this association helps to determine the growth, appearance, and function of an individual. Development is usually categorized into a number of periods, which are characterized by the anatomical changes that occur. Embryological development occurs during the first eight weeks after fertilization, fetal development from week nine to birth of the infant, and postnatal development from birth, continuing into maturity. The stages of embryological and fetal development are often referred to as the prenatal period. The normal gestation period of a fetus is from 38-42 weeks. As such, the prenatal period is often divided into three intervals of approximately 13 weeks: the first trimester, second trimester, and third trimester. Time-line During prenatal development, limbs, organs, and systems need to be established in a time-dependent sequence to ensure normal growth. Day 1: Fertilization The union of the haploid gametes, a spermatozoon and a secondary oocyte, creates a diploid zygote. Days 1.5-3: First cleavage The zygote divides to form two identical cells. The cells from each division are referred to as blastomeres. Cells continue to divide to the 16-cell stage. Day 3: Morula Mitotic cell division continues and at the 16-cell stage, a morula forms. Days 5-6: Blastocyst A single cavity forms within the morula creating a blastocyst. The blastocyst hatches from the surrounding zona pellucida and the implantation process begins. Days 7-12: Implantation The blastocyst fully implants in the uterine wall. Day 8: Bilaminar germ disc The inner cell mass, or embryoblast, differentiates into two layers: the epiblast and hypoblast. Together, these form the bilaminar germ disc. Day 13: Uteroplacental circulation The blood supply between mother and fetus begins to form. Day 16: Gastrulation Start of the formation of the gastrula, or trilaminar germ disc, which establish the three primary germ layers: the ectoderm, mesoderm, and endoderm. These three layers eventually form all of the tissues and organs. Day 16: Notochord The notochordal process begins to form during the gastrulation process. The notochord gives rise to the primitive axis of the embryo. Day 18: Neural tube The neurulation process begins. Between days 19 and 25, the neural plate differentiates into the neural groove and then the neural tube, the precursor to the central nervous system. During the closure of the neural tube, a population of cells called the neural crest form. These cells contribute to the formation of the peripheral nervous system, including the formation of neurons and glial cells of the sympathetic, parasympathetic, and sensory nervous systems. Day 20: Somites Somite development commences. These balls of mesoderm are formed from masses of paraxial mesoderm either side of the notochord. They give rise to a number of organs including the major muscles of the neck, trunk, limbs, connective tissue, ribs, and vertebrae. Day 21: Embryonic folding Formation of the three-dimensional body plan begins. Extensive folding of the embryo begins around day 21 in two planes, the horizontal plane, and the median sagittal plane simultaneously to create a more life-like human shape. Day 22: Organogenesis Start of organogenesis: as embryonic folding occurs, specific tissues and organs arise from each of the three germ layers. The result of this process is the creation of the major organ systems.