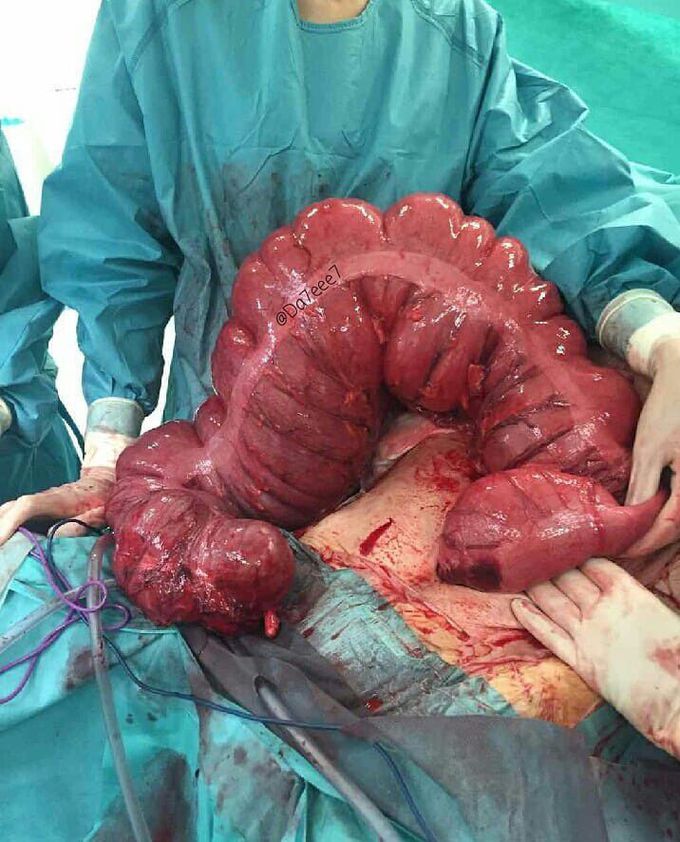 Acute colonic pseudo-obstruction (Ogilvie's syndrome) is a disorder characterized by massive dilatation of the colon in the absence of an anatomic lesion that obstructs the flow of intestinal contents. It is a type of megacolon which is sometimes referred as acute megacolon. Unlike toxic megacolon, it may occur after surgery specially following coronary artery bypass surgery ,and total joint replacement. Drugs that disturb colonic motility like anticholinergics or opioid analgesics contribute to the development of this condition. The image shows total colectomy and ileostomy of a 60 year old male patient with Ogilvie's syndrome. Is that small appendage at the end the appendix? If not, what is it?