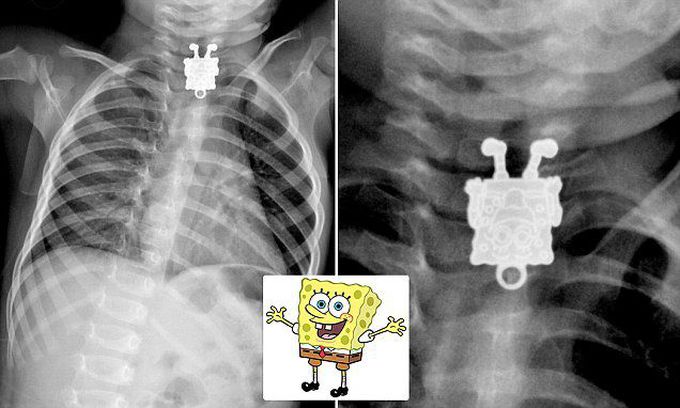 SpongeBob SquarePants in a child's x-ray

-- A doctor in Saudi Arabia was astonished to find cartoon icon "SpongeBob SquarePants" in a child's x-ray. The item was swallowed by this 16-month-old boy , which appears to be some kind of tiny pendant, which ooked like a "pin" when the doctor first saw it. Dr. Ghofran Ageely, a radiology resident at the King Abdulaziz University Hospital in Jeddah, Saudi Arabia, reported that he was surprised the cartoon character looked so clear in the x-ray.The pendant was immediately removed from the boys throat and was discharged to recover at home. Credits: https://www.google.com/amp/s/abcnews.go.com/amp/Health/spongebob-squarepants-turns-childs-ray/story%3fid=28530819 https://images.app.goo.gl/1dEHQ9YwSTKymiESA 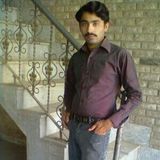