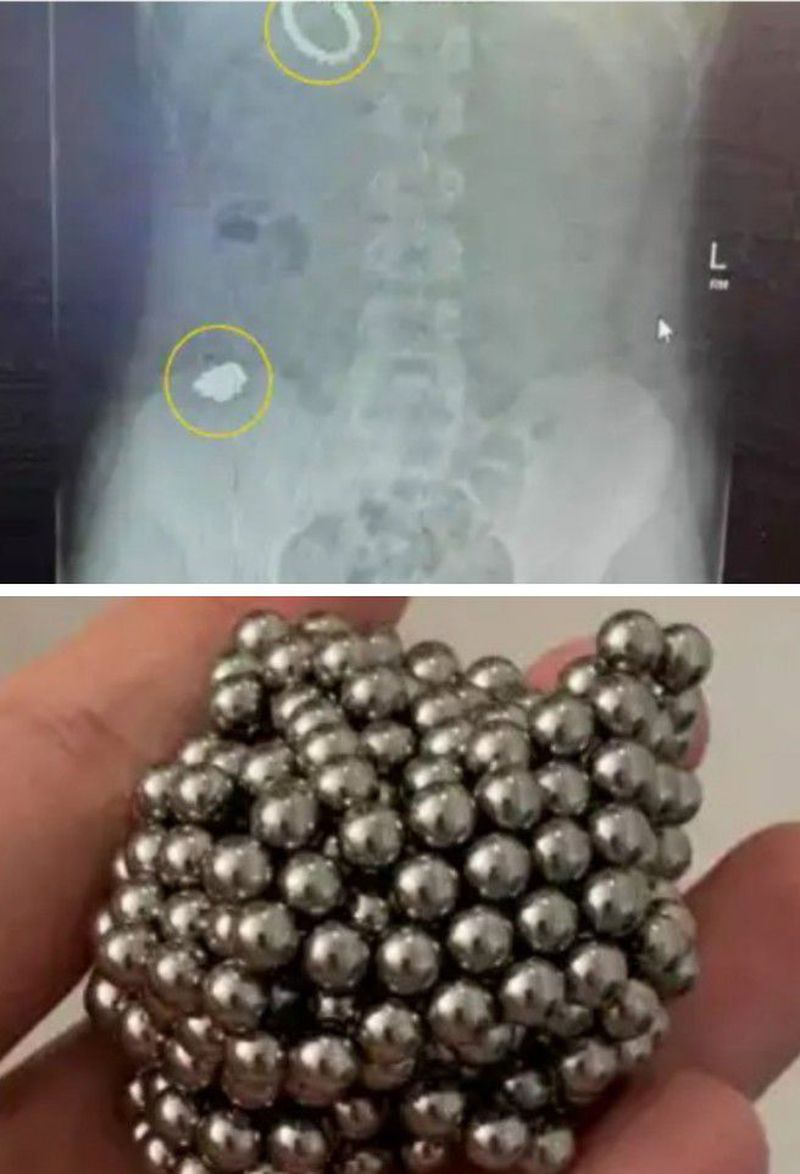 A 12 years old boy swallowed 54 magnets to see if he could become magnetic!

Rhiley Morrison, 12yo, swallowed 54 magnetic balls to see if he could get metal stick to his stomach and become magnetic This science-mad boy swallowed first batch on January 1 and the second on January 4. When they failed to pass through his system, Rhiley woke up his mum Paige Ward at 2am and told her that he had swallowed two magnets by accident. He was immediately taken to the hospital. An x- ray revealed that there were many more than that and fearing that they could burn through his organs and kill him, he was rushed to surgery for a six-hour operation. He spent 10 days unable to move,fed through a tube and vomiting a green liquid caused by his leaking bowel. After his recovery, Rhiley was released from hospital after more than two weeks. Credits: https://www.google.com/amp/s/metro.co.uk/2021/02/08/boy-12-has-six-hours-of-life-saving-surgery-after-swallowing-54-magnets-14043798/amp/