in Case Study
One of my patience two weeks ago complained an acute pain located in the back. We rounded some tests and we got this rx which showed that he has fetus in fetu. We removed it surgically, the surgery had been extremly long, we had been in the OR for 13 hours because nobody had ever seen a patient with this extremly rare condition. We had several complications, but at the end the surgery was a success and now Ryan is totally fine. 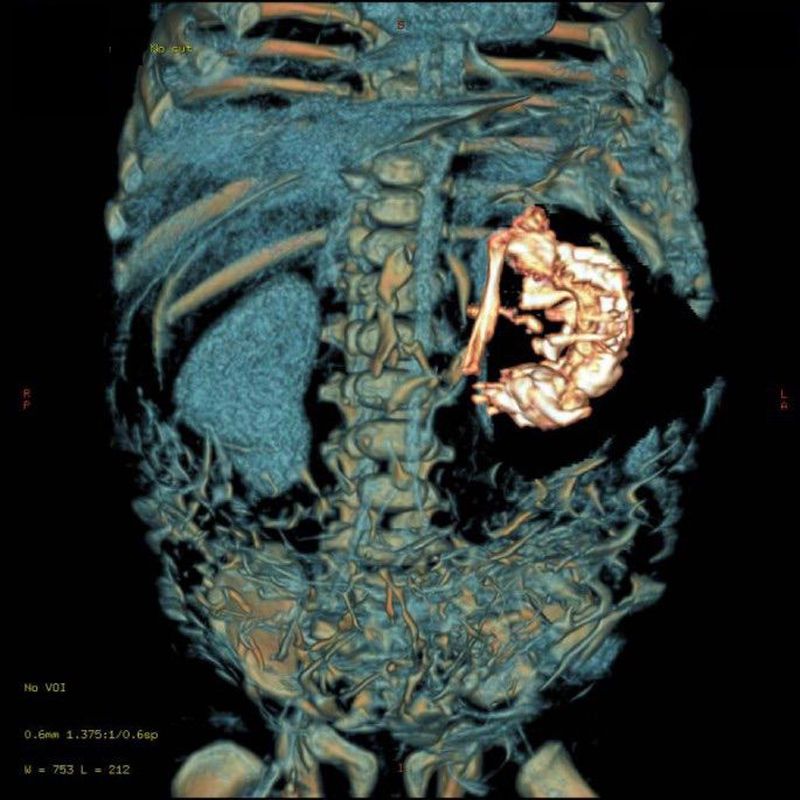 Fetus in fetu is a rare developmental abnormality in which the tissues that make up a fetus grow and differentiate within the body of a normally developed twin. It is an atypical twin pregnancy, in which part of the stem cells of a blastocyst are localized between the cells of a developing embryo and proceed to differentiate independently. The included fetus is small and malformed; it is generally provided with a vertebral column, has lower and upper limbs sketched and, despite the common absence of brain and heart, has a somatotopic organization of internal organs similar to that of healthy individuals. Diagnosis can be made ultrasonographically during pregnancy or after birth by MRI or CT. The treatment is decisive and involves surgical removal. People who have a fetus in feto can live with it in their body without realising that but it usually hurts a lot.