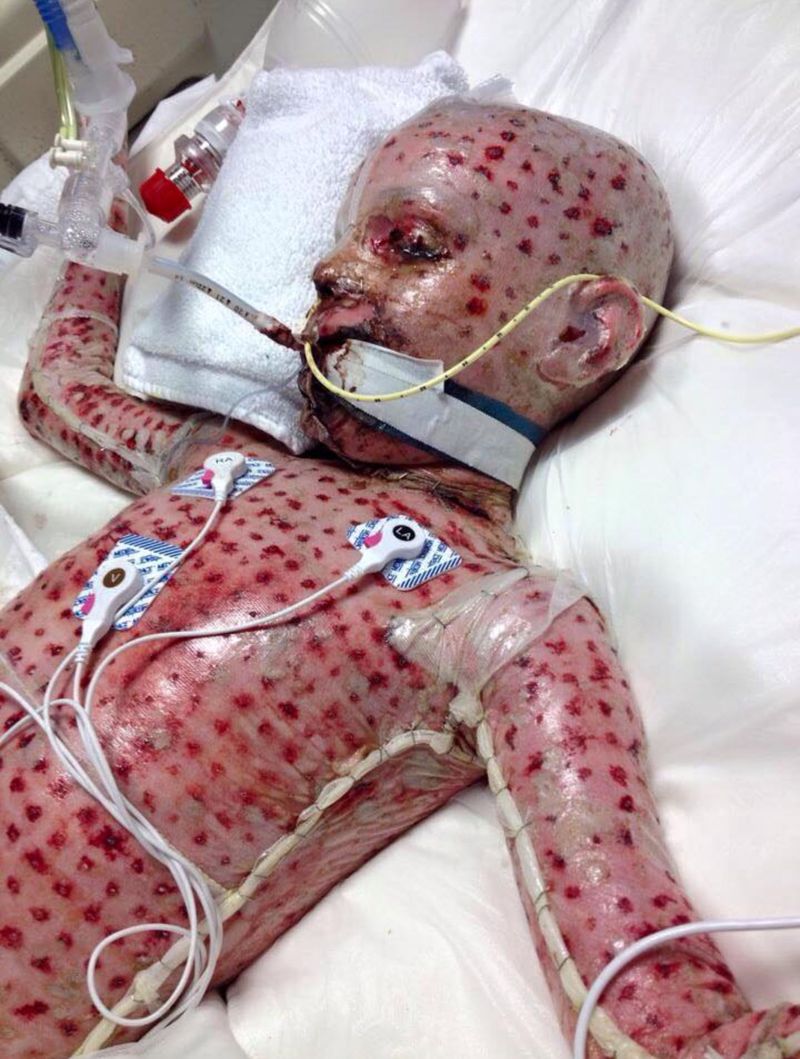 Doctors first thought it was some type of viral infection, but the medications he was prescribed weren’t working and his symptoms worsened. His eyes were blood shot red and his lips were beginning to crack and peal. The doctors then discovered that Zachary had SJS (Stevens Johnson syndrome). It literally burns you from the inside out. He had been taking a medication called lamotrigine (lamictal) for migraines. He was diagnosed with Stevens Johnson Syndrome. It got worse and worse until 90% of the child’s skin was affected and it spread to his lungs. He screamed in agony as his skin blistered off. They flew him to a burn unit where they had to induce a coma. Doctors removed his skin and wrapped him head to toe so it could grow back. No one knew if he would make it. But Zachary did and aside from his hair needing to grow back, he looks brand new. I uploaded recovery picture on my profile.