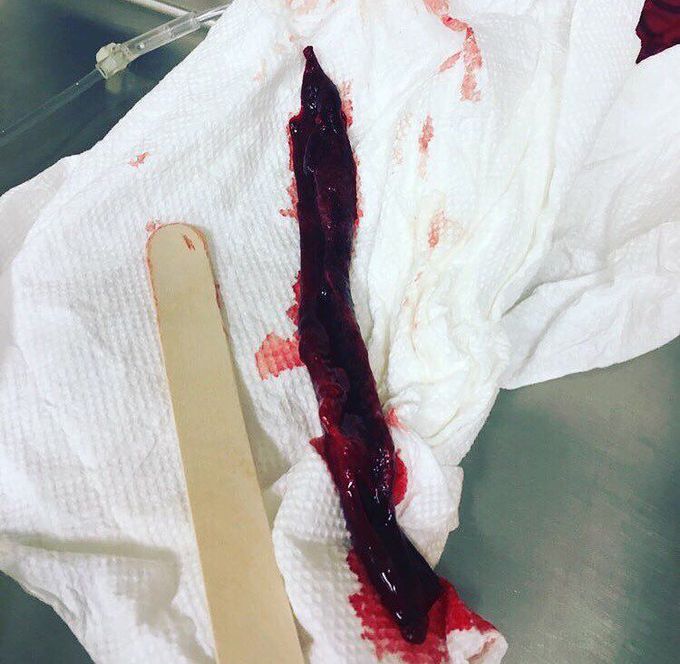 The picture above is of a clot that was seconds away from killing a patient.The 67 year old male came into the ER complaining of epistaxis. He just had a nasal surgery earlier that week and was on warfarin..During the initial exam of his posterior pharynx some bright red blood was seen but that was it. They placed a posterior packing and had the patient sitting up vertically slightly leaning forward.Shortly after, the wife comes out into the hall and says my husband cannot breathe!This is the actual clot they sucked out of the back of his posterior oropharyx occluding his trachea! Photo by @paboards 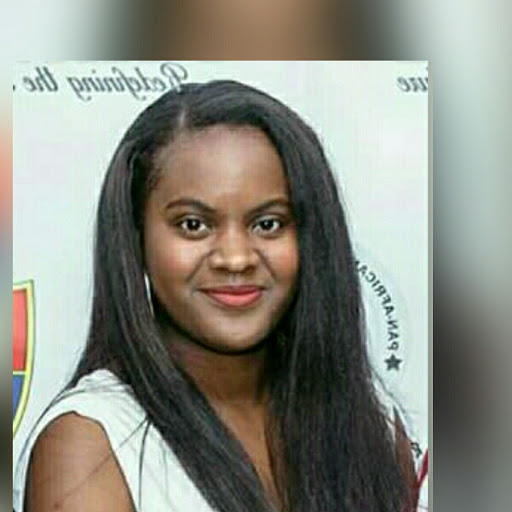 benvinda miguel
over 4 years ago

Joyce Holland
over 4 years ago

Is this the actual clot or is this the packing with clot attached to it? 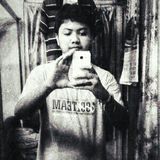 0Reply
G
Grace
over 4 years ago

It looks almost like a massive leech! Jeez, would not wanna be that guy. Thank god they got it out.

0Reply
Related posts
Sabre-sheath TracheaDrrezahasanzadCardiacRemoval of an Iris implant!Drreza hsnzdTracheoesophageal fistulaSensitive teethHello there! I am a producer for a major TV network. We are launching a new medical series about tumors, growths and cysts. I would love to connect with anyone who is struggling who cannot afford treatment as our production will cover treatment for most, if not all conditions of this nature. Please email help@aberrantcreative.comDry socket ( alveolar osteitis)Deep vein thrombosis