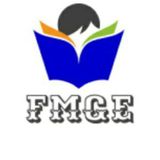 An obese 35-year-old man was examined because of loss of vision in his right eye and gradually decreasing vision in his left eye. He also complained of redness, irritation, and a foreign-body sensation bilaterally. His medical history and his vision had previously been excellent, according to his medical records at the company at which he was employed as a computer engineer. However, during the past 4 years he had had an obsessive-compulsive disorder, which was treated with risperidone (common antipsychotic). His parents reported that he had a peculiar habit of luxating his eyes several times a day. When he was asked to demonstrate this, he easily everted his upper eyelids and luxated his globes with his finger. He then pushed the globes back to their normal position. On examination, the patient had blepharitis and corneal haze in both eyes. Ophthalmic examination showed no light perception in the right eye and a visual acuity of 20/200 in the left eye. Fundoscopic examination showed bilateral optic atrophy, more marked in the right eye. The patient was instructed to avoid luxating his globes, as he refused surgical treatment of the floppy eyelids. Stabilization of his psychiatric disease allowed the patient to be cooperative. Unfortunately, 4 months later he was totally blind. His parents reported that he had neverstopped luxating his globes.