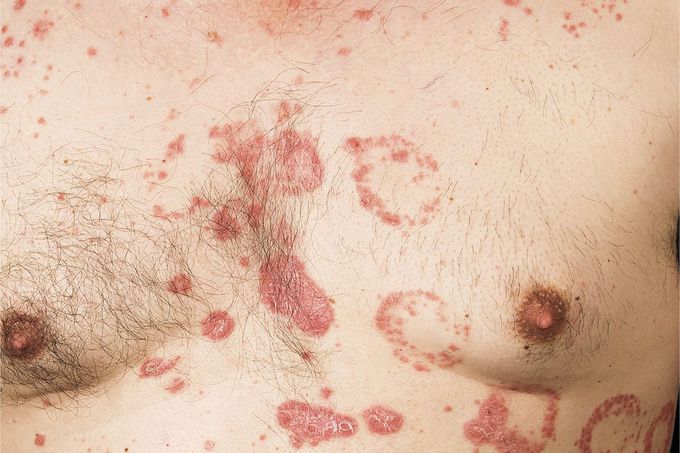 A 53-year-old man who had a history of psoriasis for more than 20 years presented to an outpatient dermatology clinic for further management of worsening pruritus and psoriatic lesions. His symptoms had previously been insufficiently controlled with topical calcipotriene and betamethasone. Systemic treatment with fumaric acid and methotrexate had been discontinued because of side effects. Three weeks before this presentation, the patient had undergone electrocardiography (ECG), which had been followed 2 weeks later by the appearance of new lesions in the locations where the ECG electrodes had been placed. The skin examination also revealed sharply defined erythematous plaques of different sizes with silvery scale on the trunk, the arms and legs, and the scalp. In patients with psoriasis, stimuli such as drugs, infection, local irritation, and even psychological stress can trigger relapses of this chronic inflammatory disease. The Koebner phenomenon, also known as an isomorphic response, is characterized by the appearance of new psoriatic lesions after mechanical irritation. The patient was treated with adalimumab, which led to a rapid response and healing of all psoriatic lesions. Enrico Streit, M.D. Lena E. Vogelgsang, M.D. University of Heidelberg, Heidelberg, Germany source: nejm.org 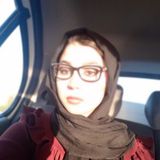 I thought these are the marks of kiss😁😏 Fajardian Mp
over 3 years ago Pradeepta Bhattacharya
over 3 years ago