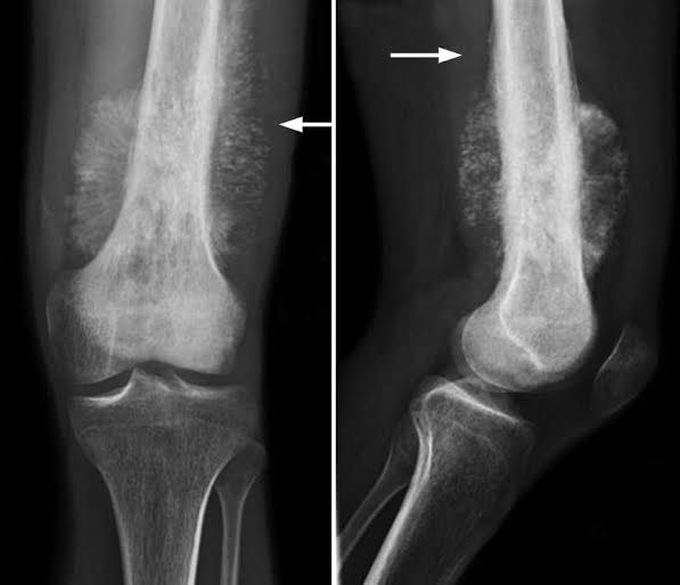 There has been a lot of research into the causes of osteosarcoma but, like most childhood cancers, a definite cause is unknown. There are a few risk factors that have been associated with osteosarcoma. Children who have hereditary retinoblastoma (a rare tumour of the eye) have an increased risk of developing osteosarcoma. Children who have previously had radiotherapy and chemotherapy also have an increased risk of developing osteosarcoma. It is not caused by injuries or damage to the bone, although an injury may draw attention to a bone tumour.