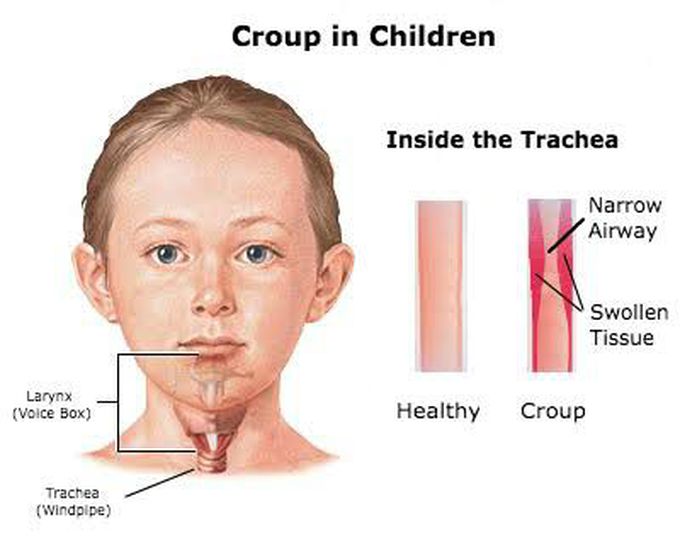 A child can get croup at any time of the year, although it's more likely to occur during late autumn or early winter. This may be because there are more viruses, such as colds and flu, around at this time of year. Typical symptoms of croup include:  a bark-like cough a hoarse or croaky voice difficulty breathing a harsh grating sound when breathing in, called stridor Stridor is often most noticeable when the child cries or coughs. But in more severe cases of croup it can also occur when the child is resting or sleeping. Symptoms tend to be worse at night. Some children have cold-like symptoms for a few days before developing croup symptoms. These cold-like symptoms can include: sore throat  runny nose cough  high temperature (fever) Although croup symptoms usually only last for a few days, they can occasionally last up to two weeks.