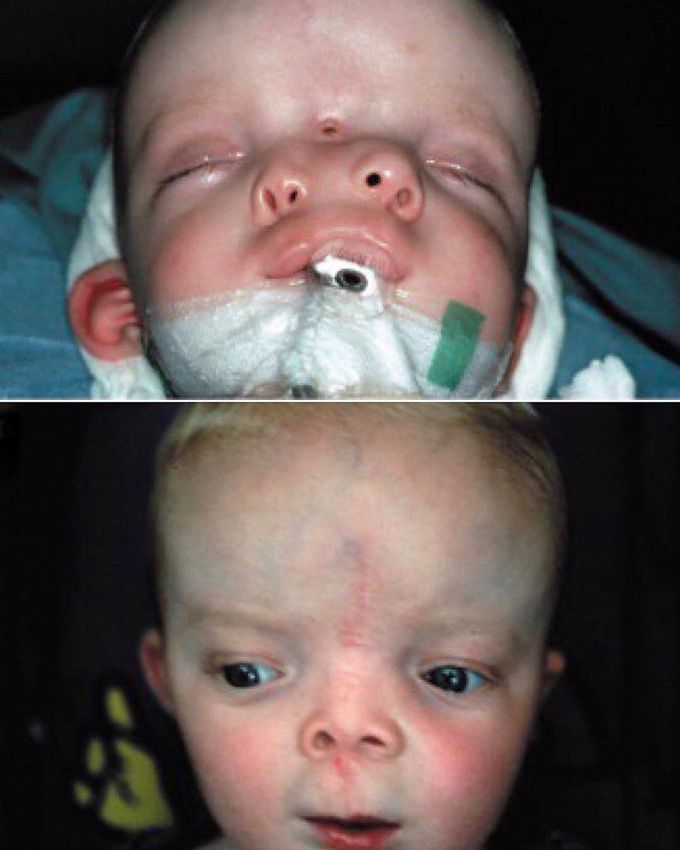 Before and after surgery!! Meet this little soldier who had craniofacial duplication (diprosopus dirrhinus) and was referred to operative correction. He had 2 noses, a supernumerary hypoplastic 3rd orbit in the midline, and en enlarged mouth. Although it is considered conjoined twinning, it is actually due to abnormal activity of the Sonic Hedgehog. For the operative correction of the craniofacial duplication, resection of the redundant midface osseous structures in combination with orbital shifting and reconstruction of the nose was necessary. For correction of the noses and lip, the skin excess was excised corresponding to the bone resection, including the two medial parts of the noses and the excessive tissue of the upper lip, to form a single nose and harmonise the lip (bottom figure, 12 months after the operation).

Looks like they fixed the little guy up just fine & will show very little signs of it as he ages.