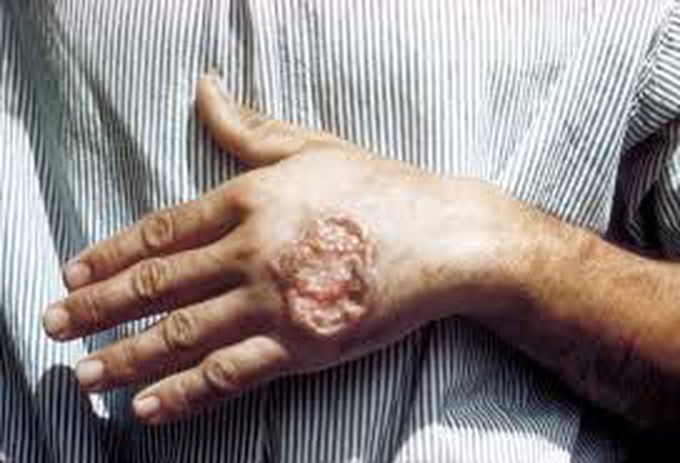 What are the symptoms of leishmaniasis? People can carry some species of Leishmania for long periods without becoming ill. Symptoms depend on the form of the disease. Cutaneous leishmaniasis The main symptom of this condition is painless skin ulcers. Cutaneous symptoms may appear a few weeks after being bitten by an infected sand fly. However, sometimes symptoms won’t appear for months or years. Mucocutaneous leishmaniasis In people with the mucocutaneous form of the disease, symptoms usually appear one to five years after the skin lesions. These are primarily ulcers in their mouth and nose or on their lips. Other symptoms may include: runny or stuffy nose nosebleeds difficulty breathing Visceral leishmaniasis Symptoms often don’t appear for months after the bite with this type of leishmaniasis. Most cases are apparent two to six months after the infection occurred. Common signs and symptoms include: weight loss weakness fever that lasts for weeks or months enlarged spleen enlarged liver decreased production of blood cells bleeding other infections swollen lymph nodes