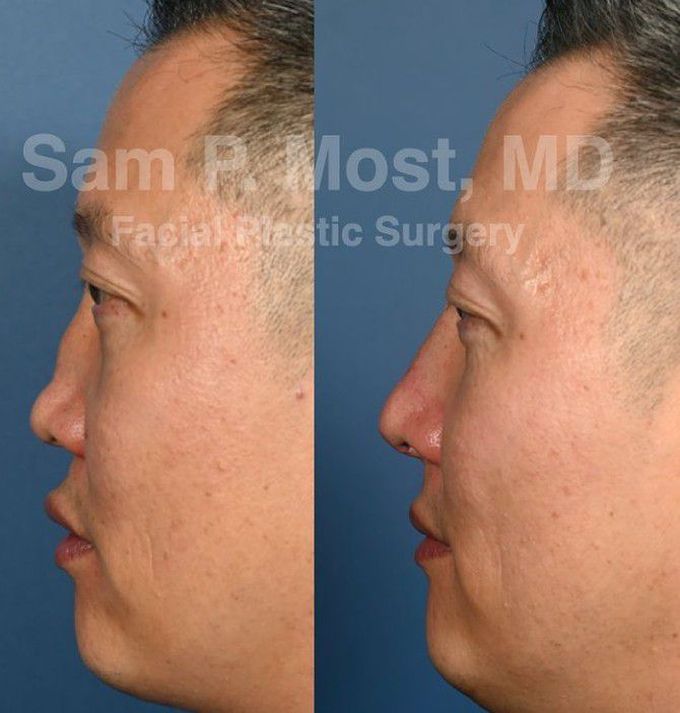 A saddle nose deformity can be devastating, as shown in these photos. This kind patient has allowed me to share his results after a rib graft reconstruction ✨transformation✨. This was a very complex surgery that has resulted in a natural, proportioned nose. Stepwise dorsal reconstruction was performed: ✅ First, the dorsum was further ‘deconstructed’ to allow for the rebuild. The upper laterals were released and bony dorsum reduced. ✅ Second, the caudal septum/tetrapod was rebuilt. This tetrapod consists of the medial crura, lateral crura, septum, and dorsal strut grafts (extended spreader grafts) ✅ Finally, a diced cartilage reconstruction graft was used for contour (not support) on the dorsum By: https://www.instagram.com/p/Cdebr3MPhwd/?igshid=YmMyMTA2M2Y=