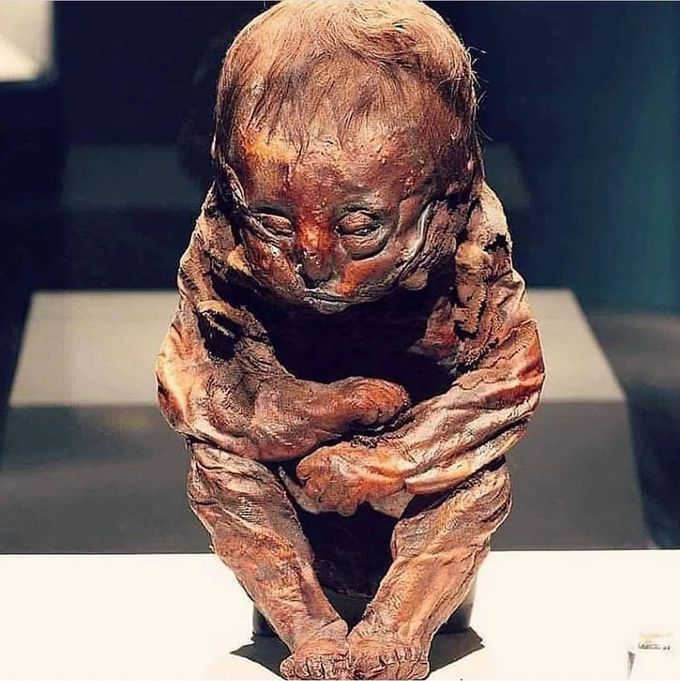 This mummy found in Peru is 6,500 years old, making it one of the oldest mummies ever found. To put it in perspective, this baby was born 3,000 years before Tutankhamun. It's commonly referred to as the "Detmold Child" as it is currently on display in Lippisches Landesmuseum in Detmold, Germany. Recently, scientists at the museum put the mummy through a CT scanner. The results found that the infant was between 8 to 10 months old, and suffered from a very rare congenital heart malformation known as hypoplastic left heart syndrome (HLHS). This occurs when parts of the left side of the heart do not develop completely. Tests also revealed a Vitamin D deficiency; a condition known as turricephaly that leads to an abnormal, conically-shaped skull; and a pulmonary infection caused by tuberculosis or pneumonia. All of this combined would have caused the death of the child. Nowadays, HLHS can be corrected with surgery - with a survival rate of 70 percent. The Detmold Child was recently part of the Mummies of the World Exhibition in the US, so some of you may have seen it.