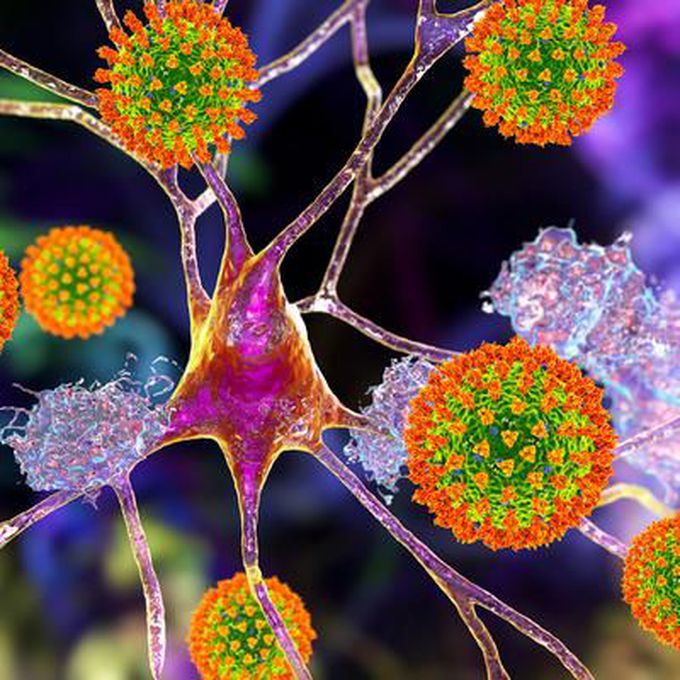 How COVID threatens the brain?

Months after recovery from COVID-19, many people are still struggling with memory problems, mental fog and mood changes. One reason is that the disease can cause long-term harm to the brain. The current catalog of COVID-related threats to the brain includes bleeding, blood clots, inflammation, oxygen deprivation and disruption of the protective blood-brain barrier. And there's new evidence in monkeys that the virus may also directly infect and kill certain brain cells. It's very clear in our monkey model that neurons are infected," says John Morrison, a neurology professor who directs the research center. This is where you get into some of the neurologic symptoms that we see in humans," he says — symptoms such as cognitive impairment, brain fog, memory issues and changes in mood. "I suspect that the virus is in the regions that mediate those behaviors." Credits: https://www.facebook.com/10643211755/posts/10161146204521756/