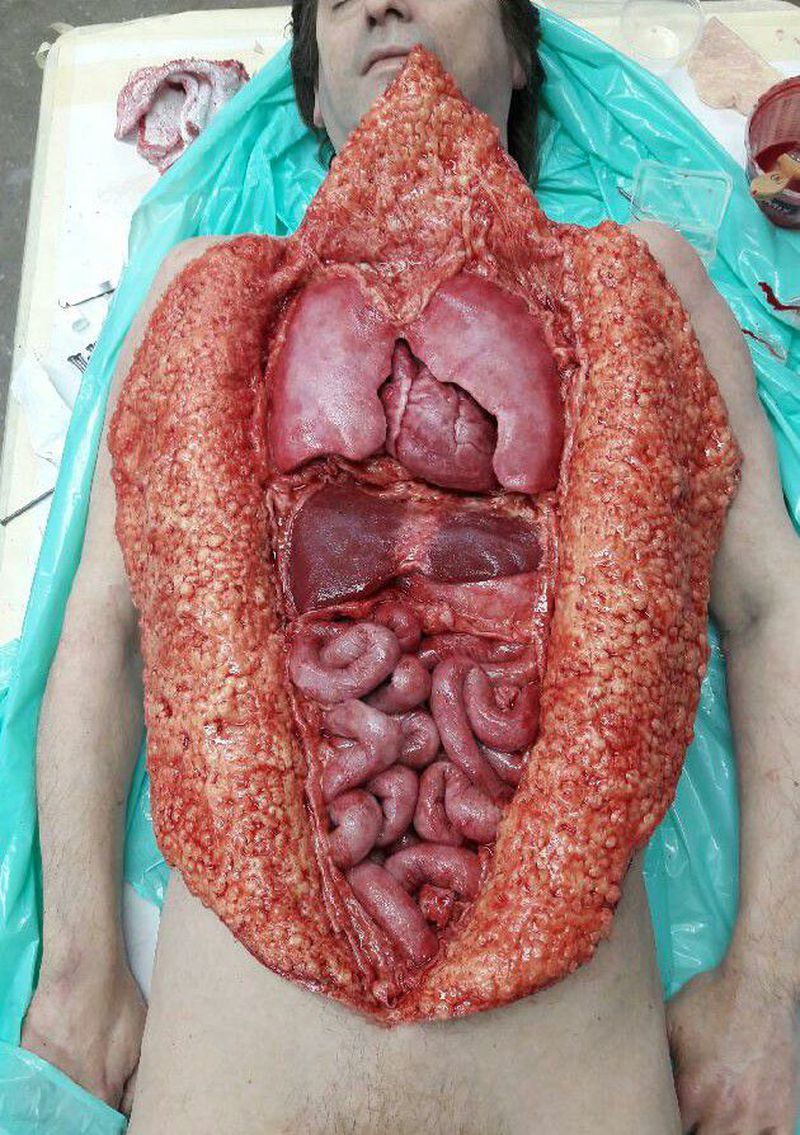 An autopsy (also known as a post-mortem examination or necropsy) is the examination of the body of a dead person and is performed primarily to determine the cause of death, An autopsy is the examination of the body of a dead person. An autopsy may be restricted to a specific organ or region of the body. Autopsies are performed to determine the cause of death, for legal purposes, and for education and research. The body is opened in a manner that does not interfere with an open casket service. What is an autopsy? An autopsy (also known as a post-mortem examination or necropsy) is the examination of the body of a dead person and is performed primarily to determine the cause of death, to identify or characterize the extent of disease states that the person may have had, or to determine whether a particular medical or surgical treatment has been effective. Autopsies are performed by pathologists, medical doctors who have received specialty training in the diagnosis of diseases by the examination of body fluids and tissues. In academic institutions, autopsies sometimes are also requested for teaching and research purposes. Forensic autopsies have legal implications and are performed to determine if death was an accident, homicide, suicide, or a natural event. The word autopsy is derived from the Greek word autopsia: "to see with one's own eyes." Who determines whether an autopsy is performed? A medical examiner can order an autopsy without the consent of the next-of-kin. Deaths that are investigated by the medical examiner or coroner include all suspicious deaths, and, depending upon the jurisdiction, may include deaths of persons not being treated by a physician for a known medical condition, deaths of those who have been under medical care for less than 24 hours, or deaths that occurred during operations or other medical procedures. In all other cases, consent must be obtained from the next-of-kin before an autopsy is performed, even at academic institutions or hospitals. The next-of-kin also has the right to limit the scope of the autopsy (for example, excluding the brain from evaluation or limiting the procedure to examination of the abdomen). How is an autopsy performed? The extent of an autopsy can vary from the examination of a single organ such as the heart or brain, to a very extensive examination. Examination of the chest, abdomen, and brain is probably considered by most pathologists as the standard scope of the autopsy. The autopsy begins with a complete external examination. The weight and height of the body are recorded, and identifying marks such as scars and tattoos also are recorded. The internal examination begins with the creation of a Y or U- shaped incision from both shoulders joining over the sternum and continuing down to the pubic bone. The skin and underlying tissues are then separated to expose the rib cage and abdominal cavity. The front of the rib cage is removed to expose the neck and chest organs. This opening allows the trachea (windpipe), thyroid gland, parathyroid glands, esophagus, heart, thoracic aorta and lungs to be removed. Following removal of the neck and chest organs, the abdominal organs are cut (dissected) free. These include the intestines, liver, gallbladder and bile duct system, pancreas, spleen, adrenal glands, kidneys, ureters, urinary bladder, abdominal aorta, and reproductive organs. To remove the brain, an incision is made in the back of the skull from one ear to the other. The scalp is cut and separated from the underlying skull and pulled forward. The top of the skull is removed using a vibrating saw. The entire brain is then gently lifted out of the cranial vault. The spinal cord may also be taken by removing the anterior or posterior portion of the spinal column. The organs are first examined by the pathologist to note any changes visible with the naked eye. Examples of diseases that may produce changes readily recognizable in the organs include atherosclerosis, cirrhosis of the liver, and coronary artery disease in the heart. After the organs are removed from the body, they usually are separated from each other and further dissected to reveal any abnormalities, such as tumors, on the inside. Small samples are typically taken from all organs to be made into slide preparations for examination under a microscope. At the end of an autopsy, the incisions made in the body are sewn closed. The organs may be returned to the body or may be retained for teaching, research, and diagnostic purposes. Performance of an autopsy does not interfere with an open casket funeral service, as none of the incisions made in order to accomplish the autopsy are apparent after embalming and dressing of the body by the mortician. What is the autopsy report? After all studies are completed, a detailed report is prepared that describes the autopsy procedure and microscopic findings, gives a list of medical diagnoses, and a summary of the case. The report emphasizes the relationship or correlation between clinical findings (the doctor's examination, laboratory tests, radiology findings, etc.) and pathologic findings (those made from the autopsy).