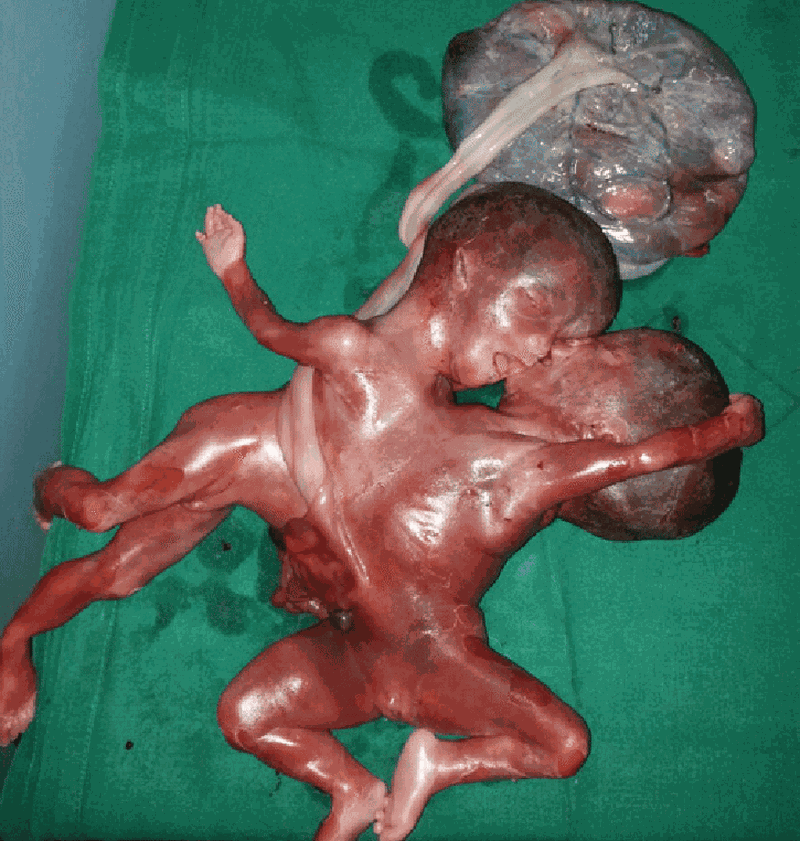 Thoracopagus These types of conjoined twins are fused from the upper thorax to the umbilicus and share a common sternum, diaphragm, and upper abdominal wall. Nearly 90% of them share a common pericardial sac with some degree of cardiac fusion. The overall prognosis and success of separation is determined by the severity of cardiac fusion(11,12). After echocardiography, the twins are further evaluated by cardiac angiography/ magnetic resonance angiogra- phy. Most of the time, the liver is fused with a common biliary system. Better information can be obtained by multiplanar MRI and sagittal CT. The biliary system can be adequately evaluated by 99m- technetium hepatobiliary iminiodiacetic acid (99mTc-HIDA) scan. The visualization of two separate gall bladders along with the excretion of contrast into separate small intestines indicates an inde- pendent extrahepatic biliary system for each twin. In indeterminate cases, an intra-operative cholangiography or MR cholangiopancreatography may be useful. These twins have separate large intestines, pelvises and urinary tracts, along with separate sets of limbs.