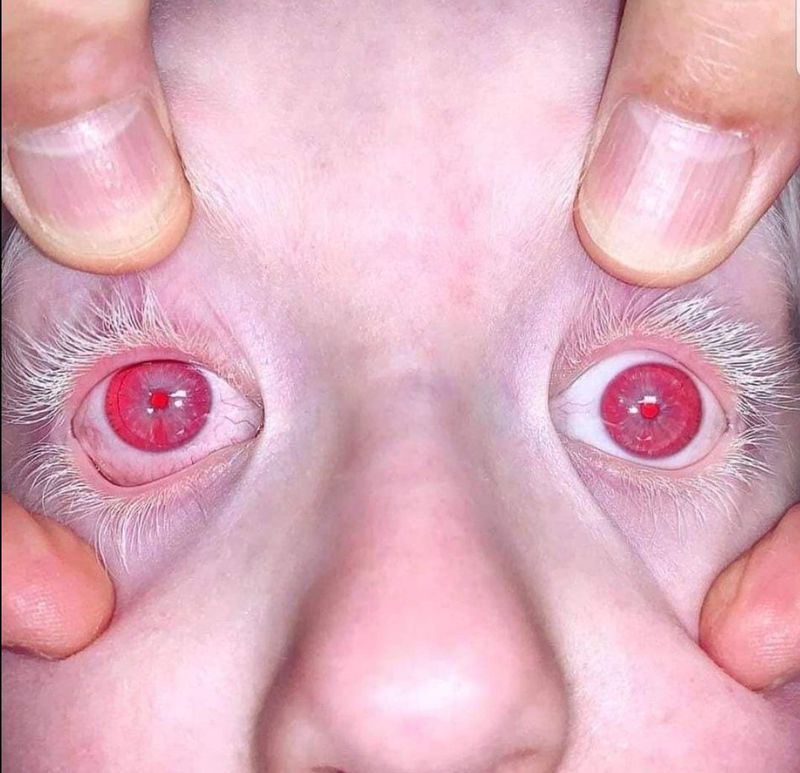 Ocular albinism is a genetic condition that primarily affects the eyes. This condition reduces the coloring (pigmentation) of the iris, which is the colored part of the eye, and the retina, which is the light-sensitive tissue at the back of the eye. Pigmentation in the eye is essential for normal vision. Ocular albinism is characterized by severely impaired sharpness of vision (visual acuity) and problems with combining vision from both eyes to perceive depth (stereoscopic vision). Although the vision loss is permanent, it does not worsen over time. Other eye abnormalities associated with this condition include rapid, involuntary eye movements (nystagmus); eyes that do not look in the same direction (strabismus); and increased sensitivity to light (photophobia). Many affected individuals also have abnormalities involving the optic nerves, which carry visual information from the eye to the brain. Unlike some other forms of albinism, ocular albinism does not significantly affect the color of the skin and hair. People with this condition may have a somewhat lighter complexion than other members of their family, but these differences are usually minor. The most common form of ocular albinism is known as the Nettleship-Falls type or type 1. Other forms of ocular albinism are much rarer and may be associated with additional signs and symptoms, such as hearing loss.