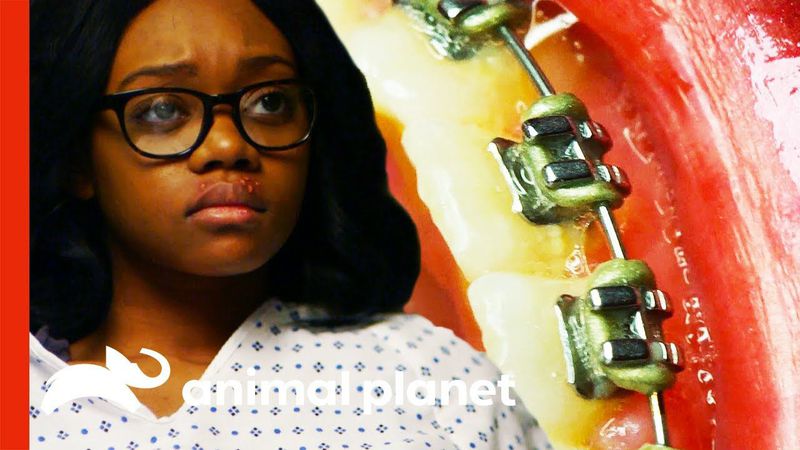 Her Braces nearly killed her

A teenage girl Kennedy was brought to the ER with high grade fever, sore throat and swollen lips. After running some tests, she was diagnosed with. Strep throat or Streptococcal Pharyngitis is a bacterial infection that causes inflammation and soreness. In many cases the condition also leads to nausea, headaches and fever. The doctor prescribed antibiotics for the infection and assured her recovery within a couple of days. Next morning Kennedy’s condition took an alarming turn. She was brought to the ER with severe regurgitation and pus-filled sores inside and outside her mouth. The initial round of tests revealed her persistent Strep throat; but no other diagnosis was made in the next seven days. She was only admitted to the hospital with the conclusion of having an unknown virus that needs to run its course. Her condition was deteriorating when finally, Dr. Mitchell Goodette took her enlarged spleen and mouth sores into thorough consideration and predicted the condition to be an allergy. For the next 72 hours Kennedy was tested with several potential allergens; and one particular allergen triggered a severe reaction on her skin. She was finally diagnosed with severe Nickel Allergic Syndrome. A nickel allergy is the body's immune system's response to contact with the metal Nickel. It's a relatively common condition, but Kennedy is suffering from a severe reaction known as Systemic Nickel Allergic Syndrome which triggered her fever, sores and enlarged spleen. Dr. Goodette suspects that because of her Strep infection Kennedy’s allergic reaction is particularly severe. These allergens were causing her immune system to flare up and then eventually she had the Strep throat. Her immune system was going in hyperdrive trying to fight off the infection her body was actually destroying itself trying to get rid of this allergen. Beyond their imagination, it was her Nickel braces that brought her to this state. Image via https://i.ytimg.com/vi/eahRZF4Skck/maxresdefault.jpg Originally reported by:https://www.edupenguin.com/penguintube/my-braces-could-have-killed-me-monsters-inside-me/