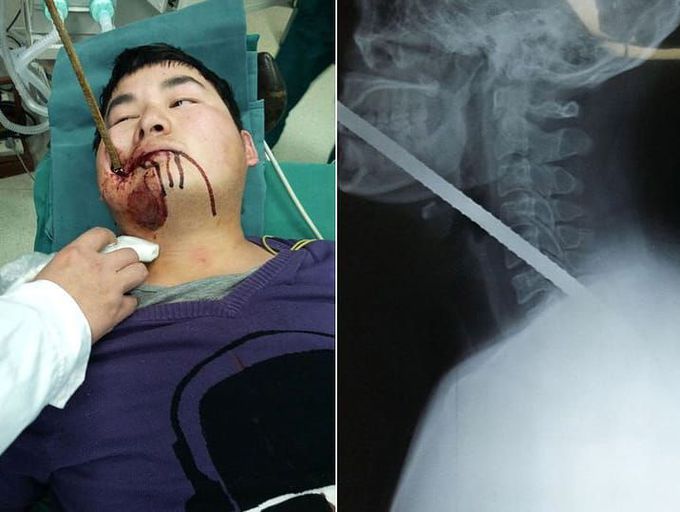 Builder with metal rod impaled through his mouth!

These horrific pictures show how a builder became impaled by a metal rod through his mouth - but survived. The victim said he was working on a building site when he heard a noise above him. When he looked up, the huge iron rod went straight into him, through his mouth and down into his back. X-ray images show just how far the bar penetrated his body. Doctors said the rod had narrowly missed a vital artery in his chest which, if damaged, would have killed him. The bar was removed during a four-hour operation and the patient is now recovering in the hospital with good prognosis. Credit: Steve Robson, Irishmirror Gérard Haziyo
over 4 years ago