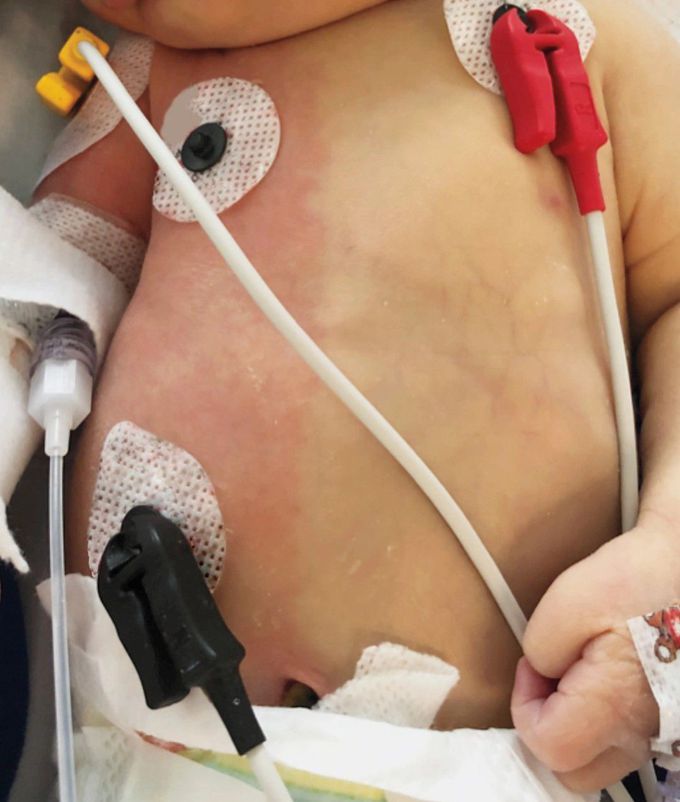 Harlequin Color Change in a Neonate

A male neonate with an antenatal diagnosis of Ebstein’s anomaly had respiratory distress with low oxygen saturation immediately after birth at 35 weeks of gestation. He underwent intubation and began receiving infusions of alprostadil (also called prostaglandin E1) and dobutamine. Echocardiography revealed right atrial dilatation, severe tricuspid dysplasia, and pulmonary atresia. A computed tomographic scan showed pulmonary hypoplasia and bronchial obstruction due to cardiomegaly. On the third day of life, a clearly demarcated erythema developed on one side of the body. During this episode, the physical examination was otherwise unremarkable, with no changes in vital signs. Harlequin color change is a benign and transient feature. It has been observed in neonates after the administration of anesthetic agents and alprostadil, as well as in healthy neonates in the absence of medications. The phenomenon may occur as a result of changes in vascular tone but still remains unexplained. No treatment is necessary. In this case, the color change lasted several minutes and resolved spontaneously.