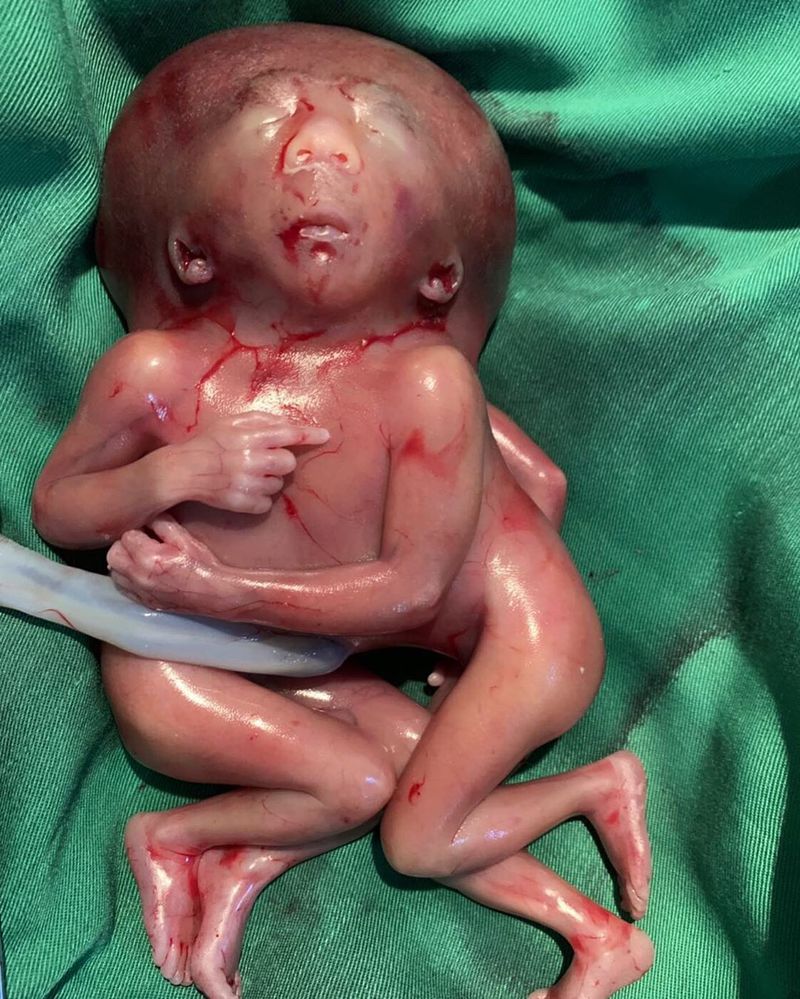 Cephalothoracopagus twinning - two bodies, one head and one face! This is a case of conjoined twins with 4 lower and upper limbs, and one head! Conjoined twins are identical twins joined in utero. Cephalothoracopagus is a rare type of conjoined twins seen in 1 in 3 million births. It is a rare monozygotic twinning resulting in imperfect fusion of the head, chest and upper abdomen. They are fused from the vertex to the umbilicus. They share a common cranium with either one composite face or two faces on opposite sides of the conjoined and enlarged head or skull. These twins have separated limbs and pelvis. The thoraces are fused with fusion of liver, heart and the upper gastrointestinal system upto the division at the Meckel diverticulum. There are usually four arms and legs, and on the face there were two eyes, one nose and two ears. The precise etiology of conjoined twinning is unknown. The most common explanation is fission of single zygot, or alternatively fusion of two dizygotic or monozygotic embryos in their very early embryonic development between 13 and 15 days after conception. These twins tend to be non viable. Photo by @niro_nirosha