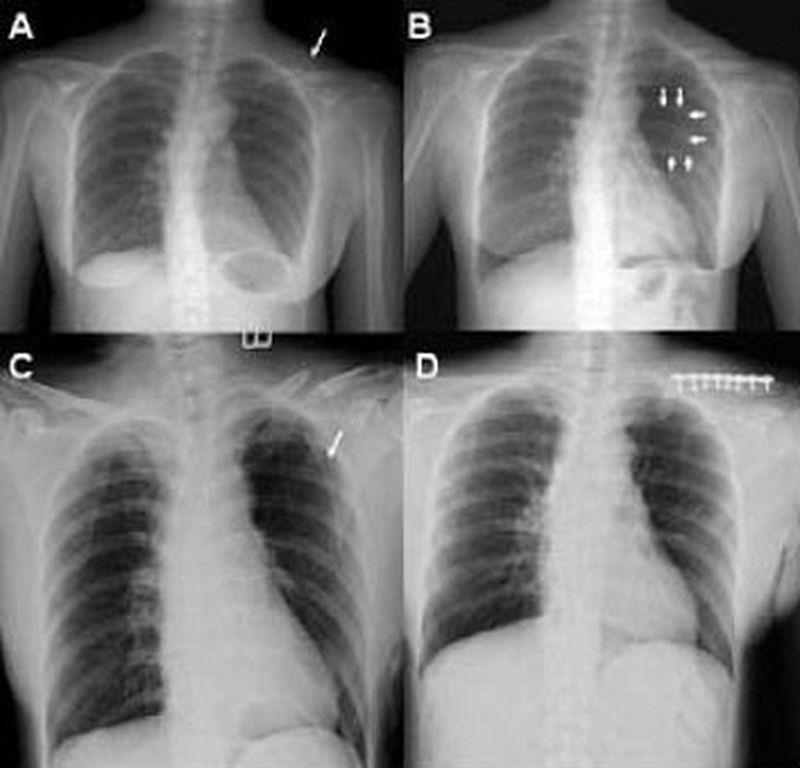 This is an interesting case of a woman was brought to the emergency after a road traffic accident (RTA). Figure(A) shows the patient condition at the time of admission and the x-ray shows only left mid-clavicular fracture with no Pneumothorax noted. After 24 hours figure(B) the patient showed Pneumothorax, the collapsed lung is shown with an arrow. The mid-clavicular fracture is treated by open reduction and internal fixation (ORIF). Figure(C) shows the patients chest after she is treated with central venous catheter for aspiration, note the lung expansion. Figure(D) shows no recurrent Pneumothorax.