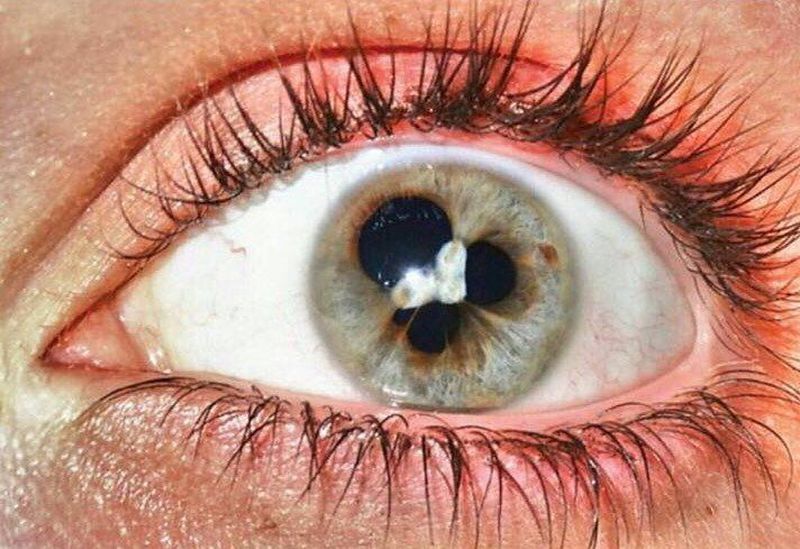 Seen here is a clinical picture of a disease called persistent pupillary membrane.During the embryological development of the eye, the iris initially forms as a solid sheet of mesodermal tissue. This is called the pupillary membrane. Later on, some of this mesodermal tissue dissipates, and this results in the formation of the pupil. Sometimes, after birth, a few of these fine strands of pupillary membrane remain. It is not unusual to see such pupillary membrane remnants in 6-to-8 week old puppies, however, if they persist beyond this age they are then are described as persistent pupillary membranes (PPM) and are considered to be defect.The most common manifestation of Persistent Pupillary Membrane is a fine strand of pigmented tissue which arises from the iris collarette and attaches to another spot on the iris. Sometimes the strand will cross the opening of the pupil. In more serious cases, the PPM arises from the iris and attaches either the the lens - where it may produce a cataract, or to the inner surface of the cornea - resulting in corneal damage, scarring or persistent corneal edema. In the latter cases, impairment of vision may occur.