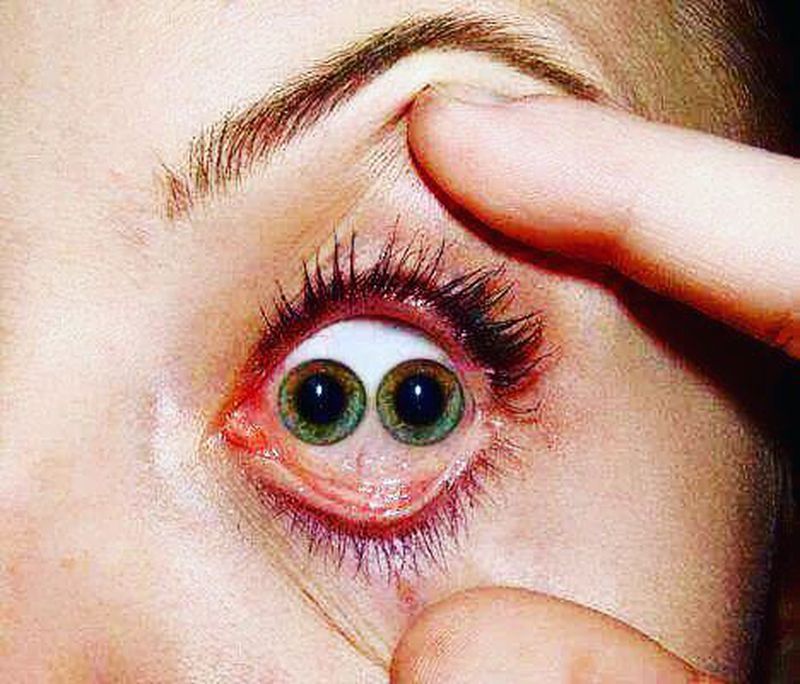 The first Double-Eyed Man was Liu Ch’ung, who was born with double pupils in each eye. Despite his abnormality, he became Governor of Shansi, China, and Minster of State in 995 A.D. Later, through an affair with the Dowager Empress, he had his son proclaimed heir apparent of all China! Although Liu Ch’ung’s condition is extremely rare, other 4-eyed men have been recorded by medical science. [Source-Walton Brooks McDaniel, “The Pupula Duplex and Other Tokens of an “Evil Eye” in the Light of Ophthalmology].