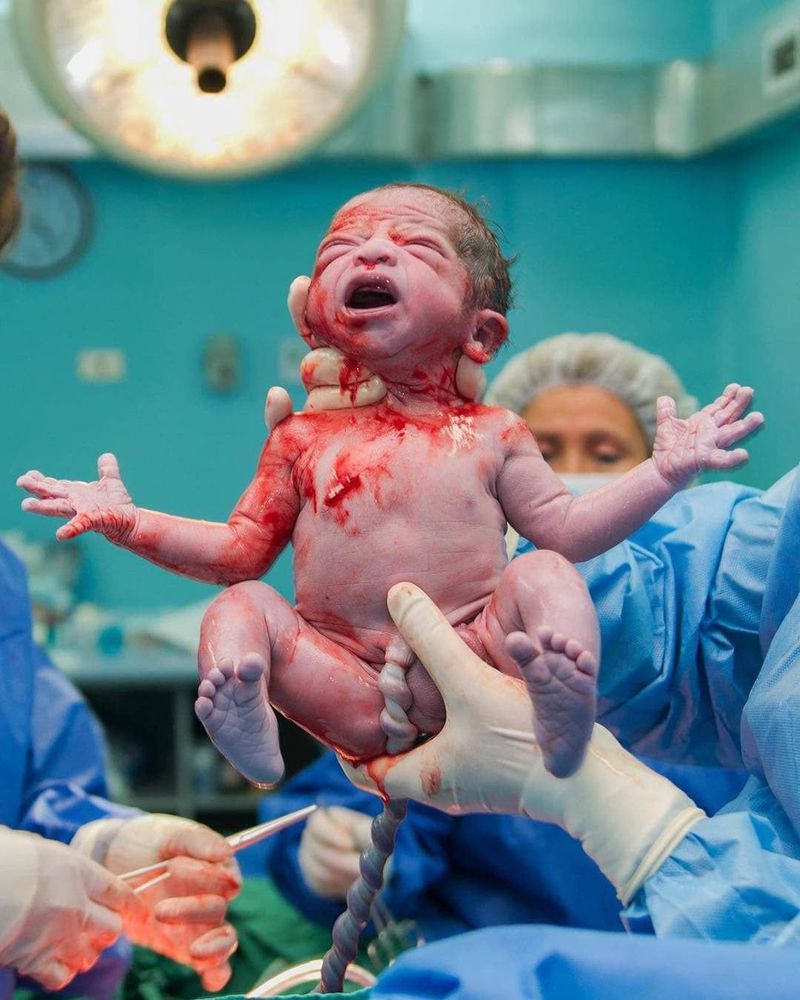 What a wonderful shot! Welcome to the world little guy! 😄

In the developed world most deliveries occur in hospital, while in the developing world most of them take place at home with the support of a traditional birth attendant. The most common way of childbirth is a vaginal delivery. It involves three stages of labour: the shortening and opening of the cervix, descent and birth of the baby, and the delivery of the placenta. The first stage typically lasts twelve to nineteen hours, the second stage twenty minutes to two hours, and the third stage five to thirty minutes. The first stage begins with crampy abdominal or back pains that last around half a minute and occur every ten to thirty minutes. The crampy pains become stronger and closer together over time. During the second stage pushing with contractions may occur. In the third stage delayed clamping of the umbilical cord is generally recommended. A number of methods can help with pain such as relaxation techniques, opioids, and spinal blocks. Most babies are born head first; however about 4% are born feet or buttock first, known as breech. Credit: @samuelcastillofotografo