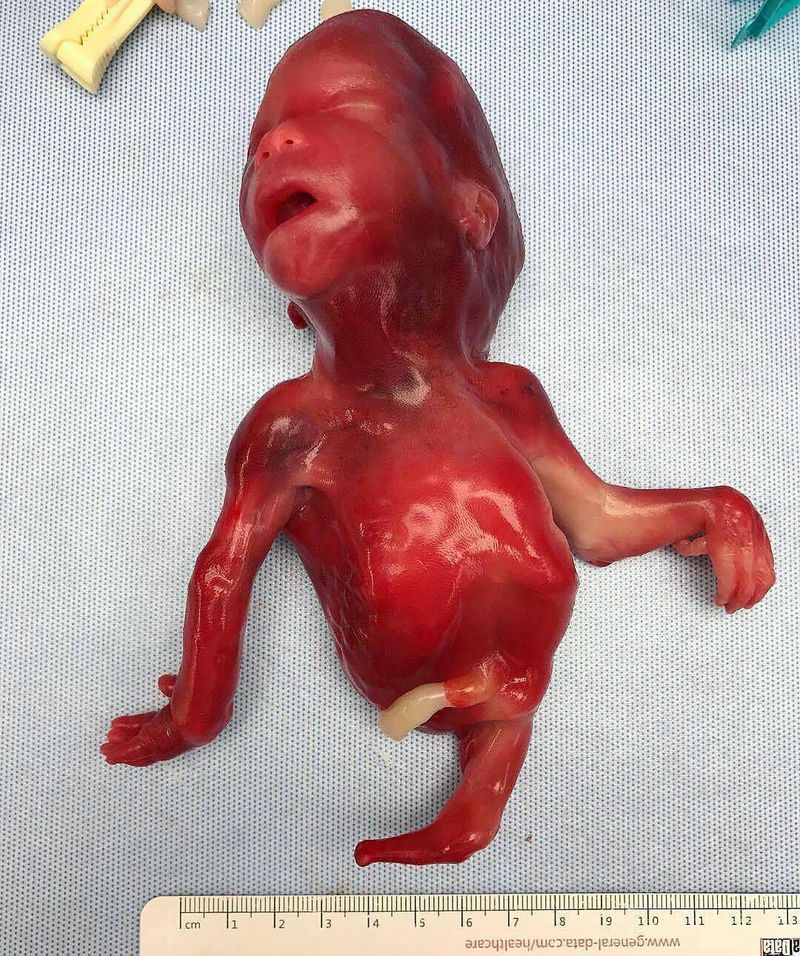 A fetus with Sirenomelia, or mermaid syndrome!

This is a rare and generally fatal congenital syndrome that is characterized by partial or complete fusion of the lower limbs, sacrococcygeal agenesis, GU anomalies, and anorectal atresia. It is very rare, with an incidence of about 0.8/100,000 births. This 21 week old fetus has a single fused lower limb (a single fused femur and a single fused tibia, with no foot). There was only a single umbilical artery. It did not have any external or internal genitalia, no kidneys, an absent sacrum, coccyx, and os coxae, and had an imperforate anus. The thoracic cavity and upper extremities were unremarkable. The condition is fatal and incompatible with life because of complications associated with abnormal kidney and urinary bladder development and function.exact cause of sirenomelia is unknown and heavily debated, but it is believed that it results from a failure of normal vascular supply from the lower aorta in utero, causing severe ischemia to the caudal portion of the fetus. This was a such an interesting, rare case to gross in!Photo by @passion4pathology