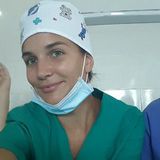 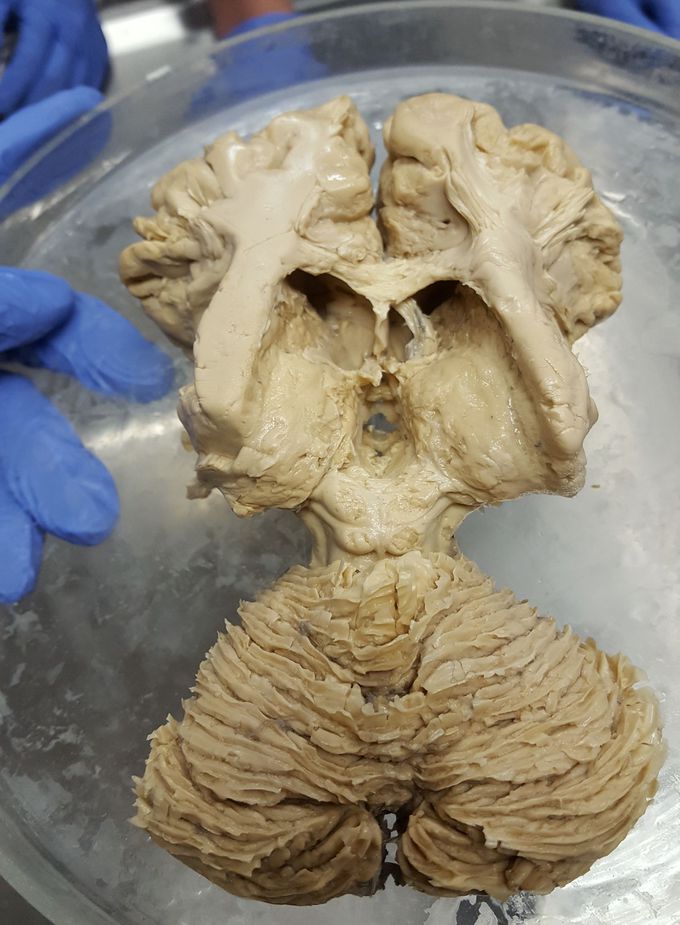 In this posterior view of formaline-preserved beautifully dissected brain, we can easily see some usualy hard-to-see structures! Starting from the bottom of the picture, we can find two cerebellar hemispheres with thin folia - wrinkles on the surface (in cerebrum they are known as gyri). Cerebellum is conected to the brain stem, from which here we can only see mesencephalon (midbrain) with its superior and inferior colliculi which are part of the tectum. By resecting the majority of cerebral grey and white matter, ventricules are opened. Two lateral ventricles are visible - their central part and anterior horn going further into frontal lobe. Right in between two lateral ventricles - septum pellucidum makes medial wall, and as a lateral border - nucleus caudatus is visible. Furthermore, there is third ventricle sorounded by thalamus on each side. In the very bottom of the third ventricle we can detect carebral aqueduct (aq. mesencephali or Sylvi) leading to (here not visible) fourth ventricle. Notice small anterior part (what is left of) corpus callosum (and its corona radiata) connecting two hemispheres.