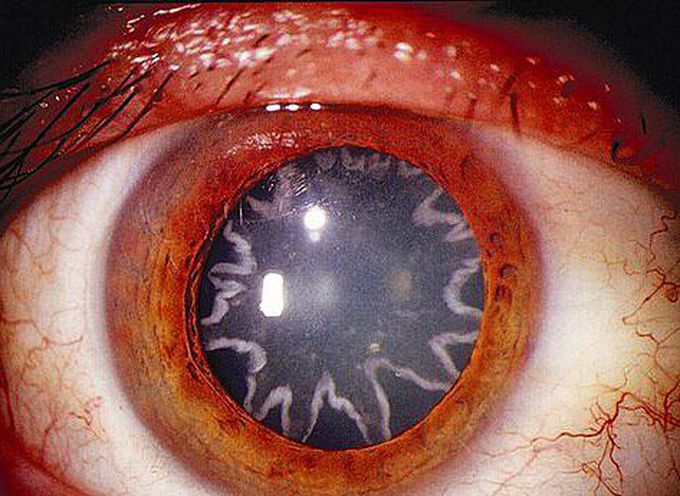 This incredible photograph shows a man who was left with stars in his eyes after suffering from a 14,000-volt shock.The 42-year-old electrician from California experienced the shock after his left shoulder came into contact with the current.Four weeks later, suffering from reduced vision, he went to his doctor who found he had developed star-shaped cataracts.The shock caused an electric current to pass through his whole body, including the optic nerve, which connects the eyes to the brain.There was no definite explanation as for why the cataracts took on star shapes.