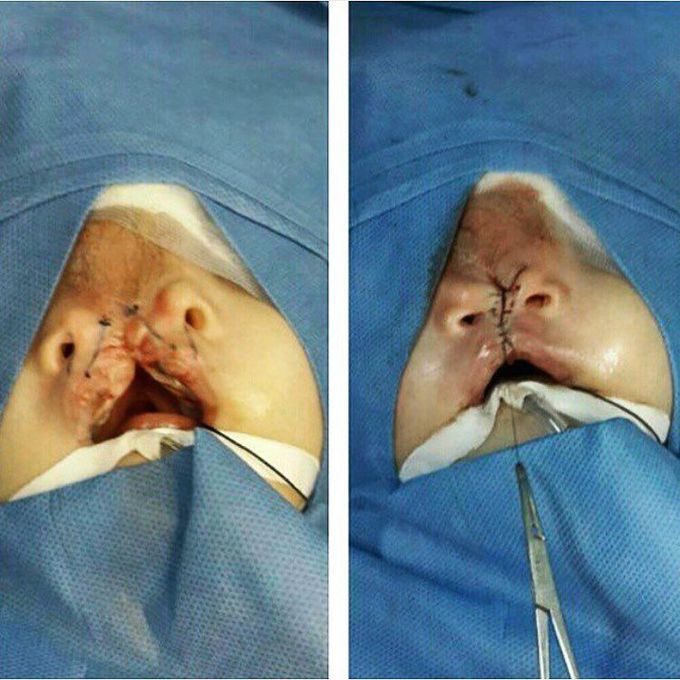 There's an interesting case of a bifid nose! It's a relatively uncommon malformation that is characterized by the nose being divided into two parts (left photo), due to failure of the paired nasal processes to fuse to a single midline organ during early gestation. The severity of the condition can vary, ranging from a minimally noticeable groove down the center of the nasal tip to a complete clefting of the underlying bones and cartilage, resulting in 2 complete half noses, as seen in this case. Notice that there's an association with a midline cleft of the lip as well. There are usually no symptoms or complications, in most cases the airway is adequate despite the cosmetic appearance of the nose. Treatment is typically a surgical reconstruction to repair the malformation (right photo). Photo by @cpmantrana