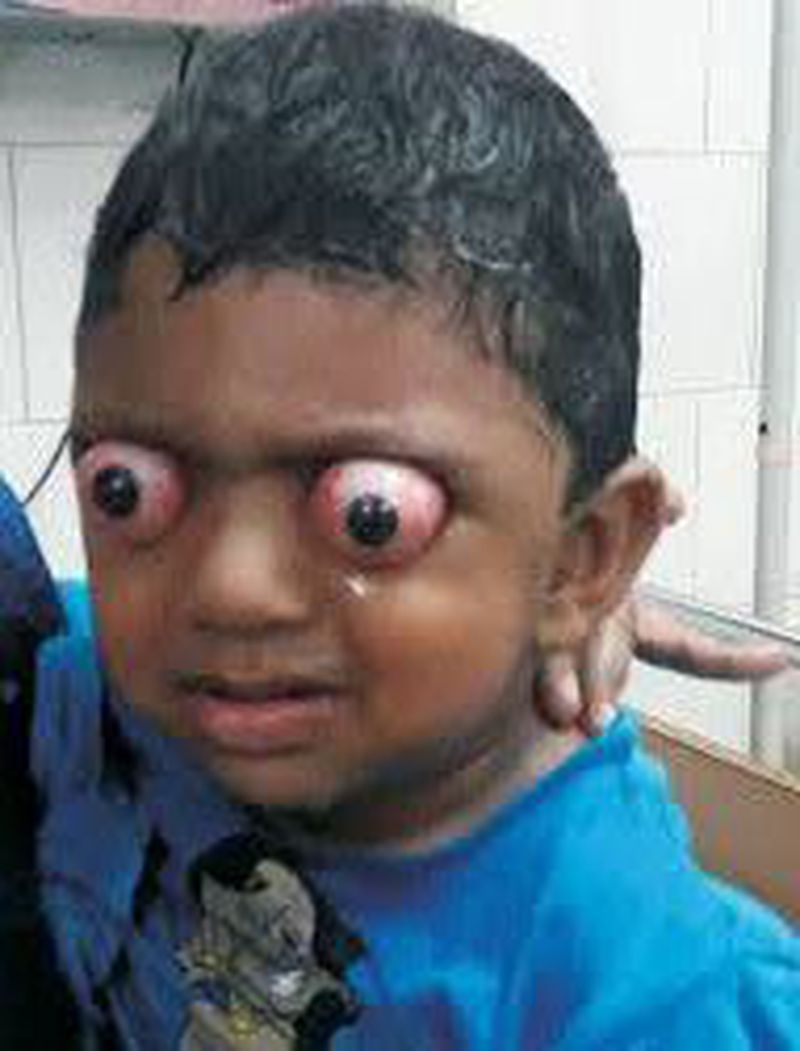 Subluxation of eyes in a child with Crouzon Syndrome.

3-year-old boy, diagnosed case of Crouzon syndrome, presented with sudden protrusion of both eyes out of the orbit during a bout of cough . On examination, vitals were stable. Bilateral subluxated eyes were seen, with normal cornea and anterior chamber. Pupils were bilaterally equal and reacting. Eye ball movements were absent with normal intra-ocular pressure; fundus was normal. Anterior narrowing of the head was present with a normal head circumference. Examination of limbs as well as systemic examination was within normal limits. Eyes were repositioned and emergency lateral tarsorrhaphy was done, following which the child had normal vision with no residual damage. After a month, he underwent surgical correction of craniosynostosis and orbital reconstruction, and there has been no recurrence of subluxation of eyes thereafter. While subluxation of globe is rare in children, Crouzon syndrome is known to be a predisposing factor. Timely repositioning usually results in a good outcome.