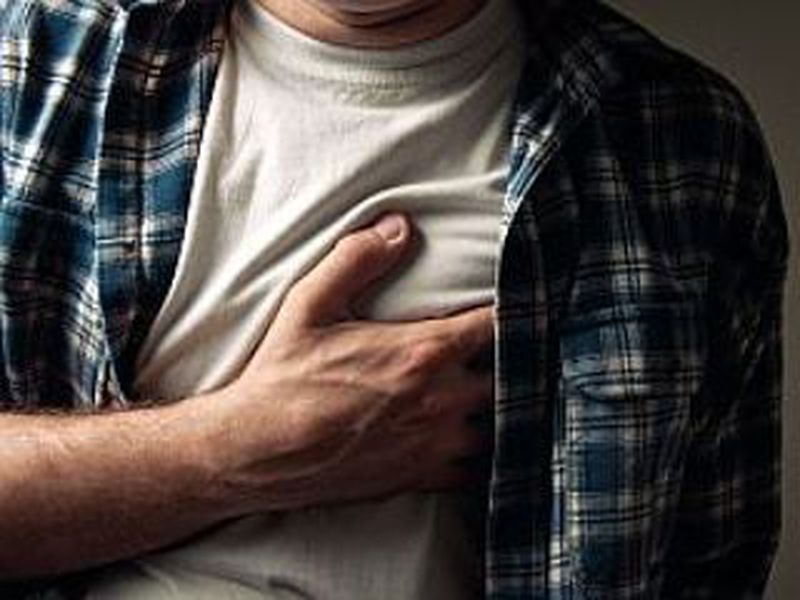 Precordial catch syndrome (PCS) is a non-serious condition in which there are sharp stabbing pains in the chest. These typically get worse with breathing in and occur within a small area. Spells of pain usually last less than a few minutes. Typically it begins at rest and other symptoms are absent. Concerns about the condition may result in anxiety The underlying cause is unclear. Some believe the pain may be from the chest wall or irritation of an intercostal nerve. Risk factors include psychological stress. The pain is not due to the heart. Diagnosis is based on the symptoms. Other conditions that may produce similar symptoms include angina, pericarditis, pleurisy, and chest trauma. Treatment is usually via reassurance, as the pain generally resolves without any specific treatment. Outcomes are good. Precordial catch syndrome is relatively common, and children between the ages of 6 and 12 are most commonly affected. Both males and females are affected equally. PCS has consistent characteristics. Its symptoms begin with a sudden onset of anterior chest pain on the left side of the chest. The pain is localized and does not radiate like heart attack pain typically does. Breathing in, and sometimes breathing out, often intensifies the pain. Moving also intensifies the pain. Typically this causes the patient to freeze in place and breathe shallowly until the episode passes. Episodes typically last a couple of seconds to three minutes. In some cases it lasts for 1 hour. The frequency of episodes varies by patient, sometimes occurring daily, multiple episodes each day, or more spread out over weeks, months, or years between episodes. PCS is believed to be localized cramping of certain muscle groups. Intensity of pain can vary from a dull minor pain, to intense sharp pain possibly causing momentary vision loss/blurriness and often loss of breath.