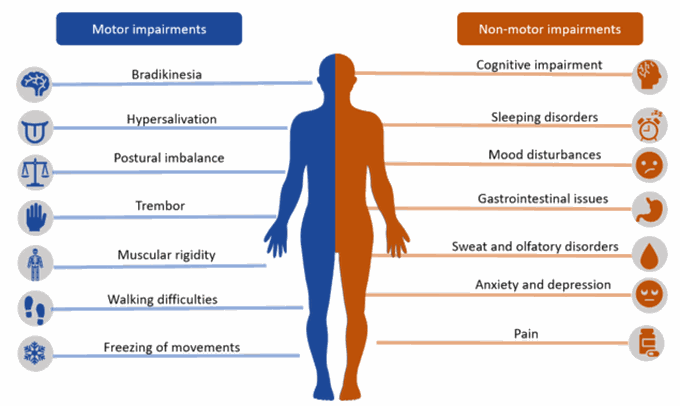 Parkinson's disease is caused by a loss of nerve cells in part of the brain called the substantia nigra. This leads to a reduction in a chemical called dopamine in the brain. Dopamine plays a vital role in regulating the movement of the body. A reduction in dopamine is responsible for many of the symptoms of Parkinson's disease. Exactly what causes the loss of nerve cells is unclear. Most experts think that a combination of genetic and environmental factors is responsible.