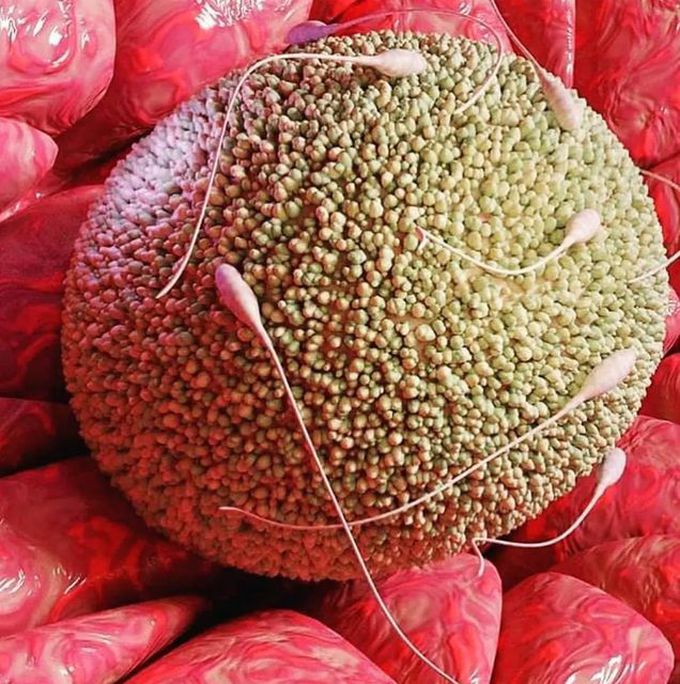 Fertilization is the union of an ovocyte and sperm, occurring in the ampulla of the fallopian tube. The result of this union leads to the production of a zygote cell, or fertilized egg, initiating prenatal development. The process of fertilization involves a sperm fusing with an ovum. The most common sequence begins with ejaculation during copulation, follows with ovulation, and finishes with fertilization. Various exceptions to this sequence are possible, including artificial insemination, in vitro fertilization, external ejaculation without copulation, or copulation shortly after ovulation. Upon encountering the secondary oocyte, the acrosome of the sperm produces enzymes which allow it to burrow through the outer jelly coat of the egg. The sperm plasma then fuses with the egg's plasma membrane, triggering the sperm head to disconnect from its flagellum as the egg travels down the Fallopian tube to reach the uterus. After the sperm enters the cytoplasm of the oocyte (also called ovocyte), the tail and the outer coating of the sperm disintegrate and the cortical reaction takes place, preventing other sperm from fertilizing the same egg. The oocyte now undergoes its second meiotic division producing the haploid ovum and releasing a polar body. The sperm nucleus then fuses with the ovum, enabling fusion of their genetic material.