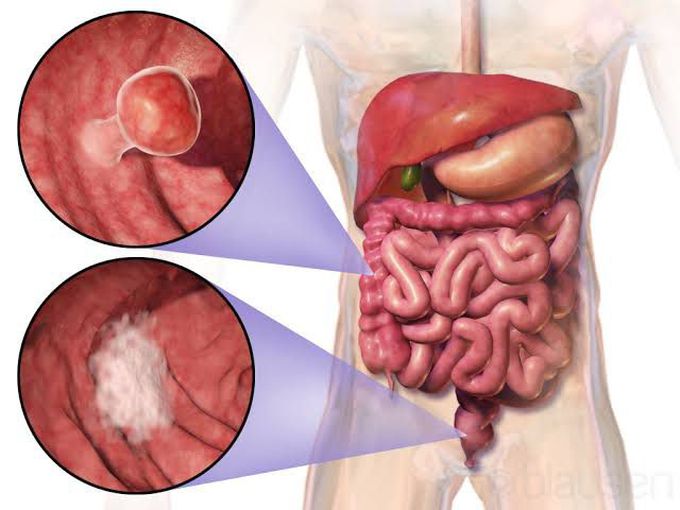 The 3 main symptoms of bowel cancer are blood in the stools (faeces), changes in bowel habit – such as more frequent, looser stools – and abdominal (tummy) pain. However, these symptoms are very common and most people with them do not have bowel cancer. For example, blood in the stools is more often caused by haemorrhoids (piles), and a change in bowel habit or abdominal pain is usually the result of something you have eaten. As almost 9 out of 10 people with bowel cancer are over the age of 60, these symptoms are more important as people get older. They are also more significant when they persist despite simple treatments. Most people who are eventually diagnosed with bowel cancer have one of the following combinations of symptoms: a persistent change in bowel habit that causes them to go to the toilet more often and pass looser stools, usually together with blood on or in their stools a persistent change in bowel habit without blood in their stools, but with abdominal pain blood in the stools without other haemorrhoid symptoms, such as soreness, discomfort, pain, itching or a lump hanging down outside the back passage abdominal pain, discomfort or bloating always provoked by eating, sometimes resulting in a reduction in the amount of food eaten and weight loss The symptoms of bowel cancer can be subtle and don't necessarily make you feel ill.