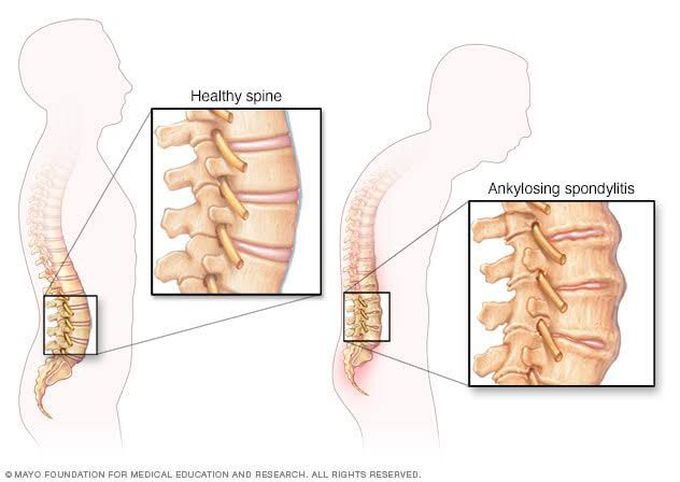 Early signs and symptoms of ankylosing spondylitis might include pain and stiffness in the lower back and hips, especially in the morning and after periods of inactivity. Neck pain and fatigue also are common. Over time, symptoms might worsen, improve or stop at irregular intervals. The areas most commonly affected are: The joint between the base of the spine and the pelvis The vertebrae in the lower back The places where tendons and ligaments attach to bones, mainly in the spine, but sometimes along the back of the heel The cartilage between the breastbone and the ribs The hip and shoulder joints